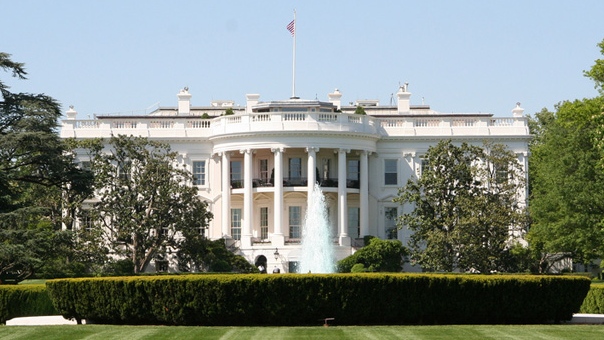 A Trump administration spokesman says an individual was apprehended near the White House, a week after an intruder was caught on White House grounds.

Press secretary Sean Spicer wrote on Twitter on Saturday that the individual “jumped bike rack on Pennsylvania Ave” but did not make it onto White House property.

President Donald Trump was not at the White House on Saturday. He and his family are spending the weekend at his Palm Beach, Florida, resort.

According to sources familiar with the incident, a male subject hopped the bike rack barrier along the North fence of the White House. The suspect was stopped and detained immediately. He did not make it over the White House fence.

The incident briefly pushed the security posture to code orange, and ERT (emergency response team, Secret Service K9 and tactical team) deployed for about 5 minutes as he situation was being assessed.

The suspect is being interviewed. Sources said he wanted to deliver a letter to someone in the administration.

The Secret Service did not immediately reply to a request for comment.

The incident comes about a week after a man breached a 5-foot outer perimeter fence and scaled an 8-foot vehicle gate to gain entry to the White House grounds.