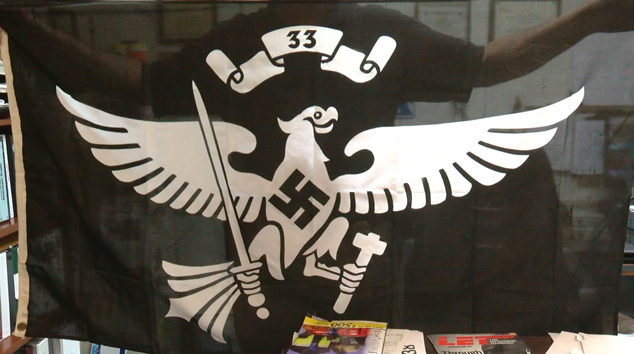 Police are investigating the discovery of a Nazi-themed flag in a storage building at a New York school.

The Post-Star of Glens Falls reports that the black and white flag, bearing a swastika, was found spread on the floor of a barn at the Cambridge Central School campus.

Cambridge-Greenwich Police Chief George Bell says the flag also has an eagle holding a sword and hammer — a symbol of a Hitler youth group.

Bell says people have a right to freedom of expression but it is illegal to trespass in a school building.

The incident was the second involving a Nazi flag in southern Washington County in recent days. The other one was flying in front of a home in Greenwich last week.