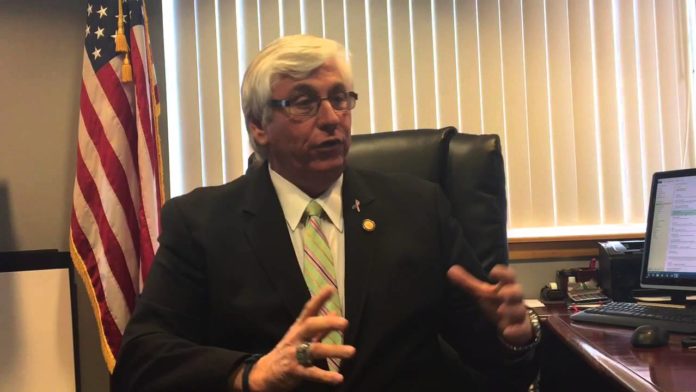 Bill Laforet the Mayor of the Mahwah Township in New Jersey, wrote to two council members in July that “it is worth noting an ordinance should be considered. 1) No Knock & No Solicitation. This has become a real issue in Lakewood, NJ and I think it is something both mayor and council should strongly consider.”

OJPAC obtained this document as part of a late July OPRA request to the Mahwah Township.

The mayor’s email on its face is notable because it mentions Lakewood, New Jersey, a township with a large Orthodox Jewish population as reason to pass this Ordinance. More interestingly, the mayor admitted in a TV interview last week that his Township does not even suffer from a knocking problem; hence confirming again that the reason to pass the ordinance is Lakewood-related.
​
The email was sent July, 11th, 5:13 in the afternoon to Robert Hermansen and Jonathan Wong; the President and Vice President, respectively, of the Mahwah Town Council. Later that day, Mr. Wong forwarded the Mayor’s email to Mr. Harmansen and Council Member James Wysocki with a message that “I will be adding this to the next Ordinance Committee agenda for discussion.” Wong leads the 3-member Ordinance Committee, and Harmsmsen and Wysocki are the other two members. After the committee adapts an ordinance, it goes to the full council for a vote.

Township records show that the first Ordinance for Review on the July 24-26, 2017 agenda was “No Solicitation Ordinance and No Knock List.” This meeting happened on the backdrop of the Township ordering the Eiruv association days earlier to remove the newly-installed Eiruvin in Mahwah, and July 27th is when a Residents Only Ordinance at Mahwah parks was supposed to go into effect but it was put on hold by the Bergen County Prosecutor as enforcing the Ordinance can lead to profiling of Orthodox Jews from neighboring New York who visit the park.

In fact, in his above email, the mayor wrote he discussed with other mayors “issues which our communities face, ranging from municipal park use and other issues which we are facing” and then went on to recommend the No Knock law.

The No Knock measure was introduced in the full town council Thursday September 18th; which means it passed committee some time between late July and mid-September.

Despite being the one to recommend the No Knock ordinance a mere two months ago and thus bringing it closer to a reality, Mr. Laforet made a stunning reversal last week while appearing via phone on the Chasing News show. The mayor said “we have no history of any objections by residents about people banging on their doors. No reports to the Police Department so it is a very good question why we choose now to consider an ordinance like this.” The mayor then added “I just wanted to say [to the council] ‘what are you thinking…? Why would we even try to implement an ordinance that even has a smell of exclusionary.'” 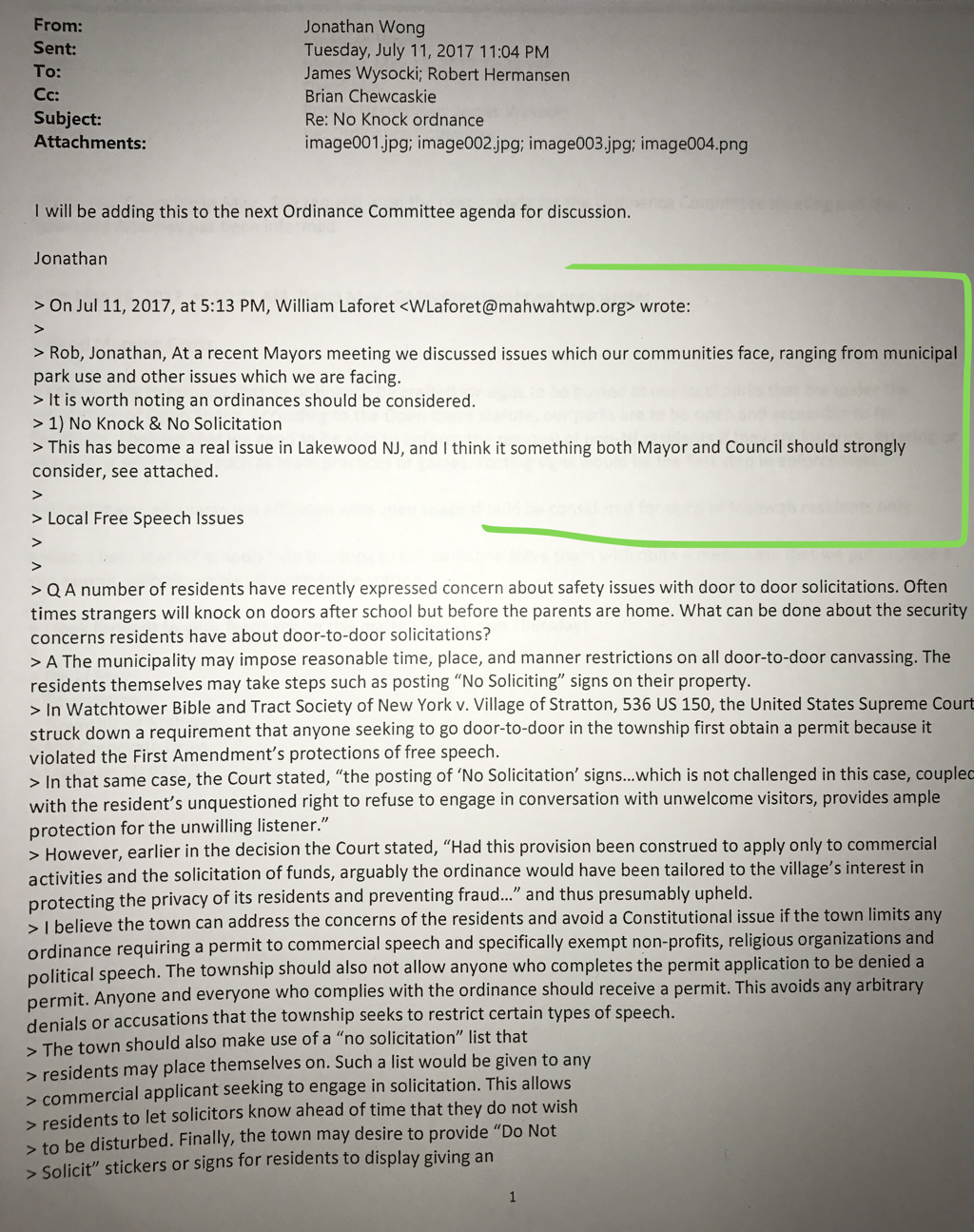