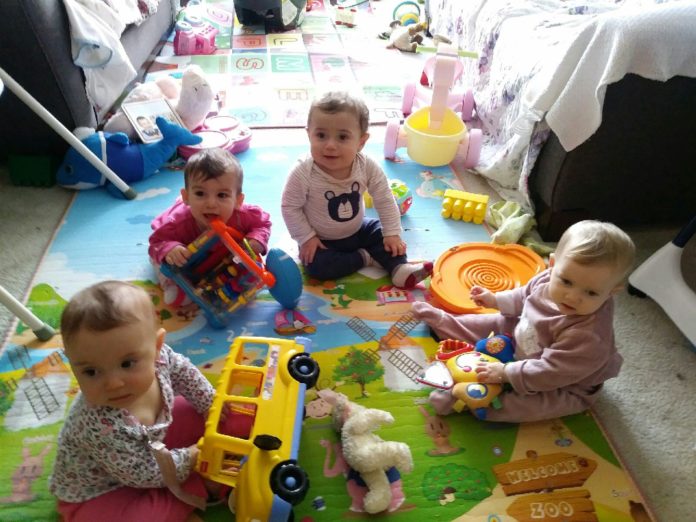 (by Rabbi Yair Hoffman for the Five Towns Jewish Times)

Americans name their babies all sorts of names. Indeed, Parents Magazine has just published the top most popular names for babies that are – food related. Here is a list of the top 27:

Now while these names are trendy, Chazal have a different outlook. They tell us (BaMidbar Rabba 20:22) that the reasons the Jewish people were redeemed from Egypt was because they did not change their names, their language, and their mode of dress. Indeed, the Maharam Shick (YD responsa 169) and the Darchei Teshuvah (YD 178:14) understand that the prohibition of naming a child a non-Jewish name is a biblical one stemming from the prohibition of UbeChukosaihem lo sailachu.

[As a parenthetic note, it is said of the Maharam Schick that when the temporal authorities decreed that every family must take on a last name, he specifically chose Schick – which is an acronym for Shaim Yisroel Kodesh.]

Clearly, having a Jewish name is important.

The Sefer Chassidim (244) writes of the tremendous importance for the parents to think carefully as to what to name their child. The name itself can not only cause or remove psychological barriers, it can also become a factor in the spiritual growth of the child too. The Midrash Tanchuma in Parshas HaAzinu explains that a person should look to give a name that would help the child become a Tzaddik – because at times the name can be influential in this. The Gemorah in Brachos 7b cites Rabbi Elazar that there is a verse to this effect that Shma Garim – names do matter.

So what has happened of late?

There are a number of Torah observant Jews that, when visiting Eretz Yisroel, try to get an audience with the Gedolei Torah of Klal Yisroel. Rav Chaim Kanievsky shlita is recognized as one of the Gedolei HaDor and receives visitors on a regular basis. When people ask for a bracha for a Shidduch, however, they are sometimes in for a shock. Rav Kanievsky is of the opinion that the names “Shira” and “Rina” are actually not Jewish names at all. He advises that they should be changed immediately. Thus, Rinas become Raizels or Rachels and Shiras become Saras or Shifras. And we are witnessing these changes by the dozens. The word “Shira” means joyous song and the word Rina also means a musical joy.
But did previous Gedolim agree with this assessment that these names are not names and should be changed? Is it really true that Shira is not a Jewish name? Is it not possible for a name to become Jewish simply because Jews start to use it?

Rav Moshe Feinstein zt”l in Igros Moshe (OC IV #66) clearly learns that names can become Jewish names by virtue of their use among Jews. He cites as an example the name of Maimon, father of the Rambam as well as Vidal the author of the Maggid Mishna. Originally, these were decidedly not Jewish names. He discusses it further in Orech Chaim Vol. V 9:10. In these responsa he explains that the initial people who named their children with non-Jewish names were in violation of this idea. However, gradually when more Jews began doing it, the names attained a Jewish flavor.

Possibility of it Being a Non-Name

Perhaps one could counter that Rav Kanievsky’s view is that the problems with the names Shira and Rina are not that they are not Jewish names, but that they are not names at all. In order to address this possibility, it may be worthwhile to examine some of the names found in the Mishna and Gemorah. We find in Pirkei Avos that Ben Hay Hay tells us “Lefum Tzaara Agra – according to the level of difficulty involved in observing a Mitzvah is the reward.” Most people focus on his message, but let’s take a moment to focus on the Rabbi’s name. What kind of name is Ben Hay Hay? The Torah Lishma (Responsa #402) cites this very notion as a proof that one may even name someone after a Hebrew letter. If this is the case, then it would seem plausible that one can also name after a full Hebrew word as well – not just a Hebrew letter. This is especially true when we have so many people doing it – there are thousands of Shiras and Rinas. There are also quite a few Gilas and Ditzas too, but it is not known whether Rav Chaim has expressed an animadversion to these names.

There is a Tosfos in Chagigah 9b that states that Ben Hay Hay was actually a Ger Tzedek and that this name was given to him because it alludes to the fact that he is a descendant of Abraham and Sarah. Both Abraham and Sara received the extra letter Hay from Hashem. But this does not negate the idea that one may name after non-names. The Tosfos merely provide a reason why it was done, but no one is questioning whether it may be done or not.

There may be another issue here as well. More often than not, when a child is named it is because the father and mother both agreed upon that particular name. To opt not to use the name which the parents had originated and decided upon may border upon issues of Kivud Av v’Aim – especially when there are halachic authorities that would have clearly permitted it. There are also a number of Seforim that state that the name given a child by the parents constitutes the will and expression fo Shamayim (See Sefer HaGilgulim chapter 59).

It is this author’s understanding that most of the time, it is not the parents or the child who first pose the question. If, however, one had actually asked the question to Rav Chaim Kanievsky Shlita, then the principle of following the ruling of a Rav when one had posed the question comes into play. Generally speaking, if someone poses a question to one Rav, he should not ask a different Rav for a ruling. In such circumstances, one should weigh all the elements together in consultation with one’s Rav or Posaik.