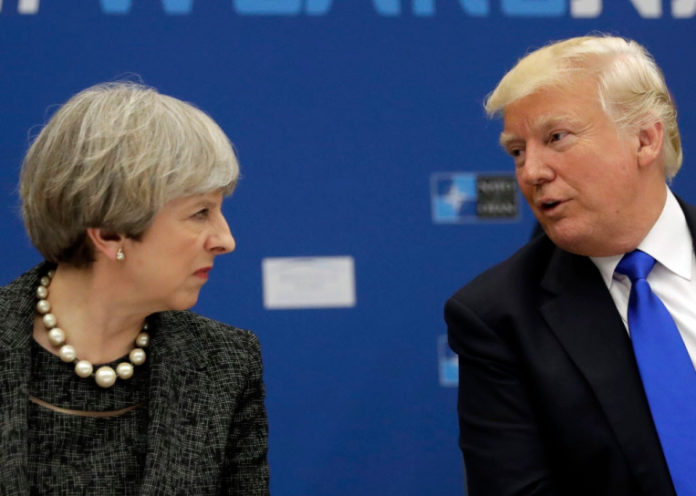 A White House official said President Donald Trump and Prime Minister Theresa May of the U.K. spoke Tuesday morning for the first time since she condemned the American leader’s Twitter habits.

Trump’s sharing of unverified videos distributed by a far-right group Britain First claiming to depict violence perpetrated by Muslim immigrants in Europe sparked a row in the special relationship between the trans-Atlantic powers. A spokesman for May last month rebuked Trump, saying he was “wrong” to have shared the videos, prompting Trump to lash back at the prime minister.

A Downing Street spokesperson described the call as warm and said the pair discussed Trump’s recent decision to recognize Jerusalem as the capital of Israel, to which the U.K. was opposed. They also discussed the dire humanitarian situation in Yemen and the ongoing Brexit negotiations.

A White House official, who was not authorized to discuss the call on the record, said the tweets did not come up during their call.