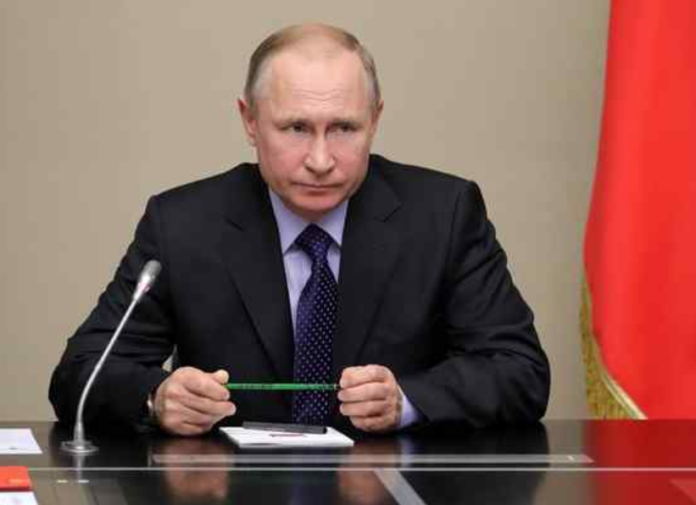 Americans largely fear the country’s relationship with Russia and China will get worse in the coming year, and despite signs of diplomatic progress with Kim Jong Un on nuclear weapons, nearly half say the same about North Korea.

That’s according to a new poll from The Associated Press-NORC Center for Public Affairs Research that provides insight into the public’s view on the direction of U.S. ties with those key strategic rivals, 15 months after President Donald Trump took office.

“Trump has opened up a whole bucket of worms, and he’s doing it with too many countries all at once,” said John Parker, 70, of Fort Lauderdale, Florida. “It’s almost like he’s trying to get us into trouble.”

The poll found that Americans are most downbeat about the relationship with Russia: 56 percent think it will get worse over the next year, while just 13 percent think it will improve. Even among Republicans, more expect the relationship with Russia to get worse than better, 40 percent to 20 percent, though another 40 percent expect it to stay about the same.

Eric Brammer, 30, an information technology specialist from Roanoke, Virginia, who describes himself as Democrat, said he expects tensions to continue over Russia’s support of the government of President Bashar Assad in civil war-wracked Syria, where the U.S., Britain and France last week launched missile strikes against Syrian chemical weapons facilities.

Brammer also said that if more allegations of Russian interference in U.S. elections come to light, it will sow more distrust among the American public and worsen the relationship.

On China — with which Trump has forged cooperation against North Korea but drawn sharp differences on trade — some 48 percent expect relations to get worse in the next year, while just 17 percent expect things to get better.

“The farmers here are worried about trade with China because of the soybeans, corn and hogs that all go there,” said Dorothy Jorgensen, a retiree from Sioux Falls, South Dakota, who expects relations with the world’s second-largest economy to deteriorate. “If one side raises taxes and the other side does the same, it’s not going to help either country.”

As Trump looks to narrow the U.S. trade deficit, he has threatened to raise U.S. tariffs on up to $150 billion of Chinese goods to counteract what he says are that country’s unfair trade policies. That has fueled fears of a trade war. China has threatened to retaliate with tariffs of its own, including on American agricultural produce.

But Marta Vicentini, a retired neurophysiologist from Miami Beach, Florida, said Trump was right to hit back against China over theft of U.S. know-how and trade secrets and predicted his strategy would work in America’s favor.

“They (China) have no alternative but to trade with the U.S.,” she said.

Vicentini also supports the Republican president’s approach toward North Korea. She said the imposition of sanctions is paying off and the young dictator Kim has been brought to the table by fears Trump will resort to military force and even a nuclear strike.

“He (Kim) is going to grow up and mature and he’s going to realize that he’s playing with fire,” Vicentini said.

Trump is planning to meet with Kim by June, in search of a deal in which North Korea would give up his nuclear weapons. It would be the first U.S.-North Korea summit after six decades of hostility since the Korean War.

Despite the promise of the summit, far more Americans think relations with the North Korea will get worse than better, 47 percent to 20 percent. Republicans are more optimistic. Forty percent think that the relationship that grew increasingly tense last year will improve in the next year. Some 34 percent think it will stay about the same, and just 25 percent expect it to worsen.

Outside of foreign affairs, 40 percent of Americans approve of the overall job Trump is doing as president, the poll found. That’s about the same percentage as said so a month ago, up slightly from where it’s been for most of the year. Fifty-nine percent now say they disapprove of the job the president is doing.

Americans are also largely pessimistic about the state of the country generally. Sixty percent think the U.S. is headed in the wrong direction, though a majority of Republicans — 67 percent — think it’s headed the right way.