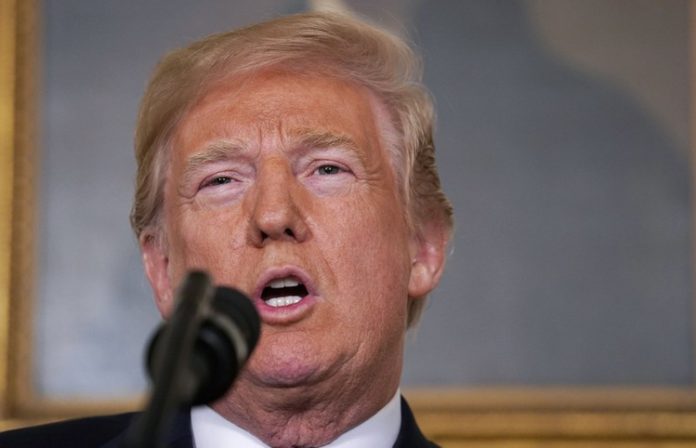 President Donald Trump says the November elections are “a choice” for the country between Republicans who want to protect their signature tax cut law and Democrats who he says “want to end them and raise your taxes substantially.”

In a Friday morning tweet, Trump says Democratic House leader Nancy Pelosi “is going absolutely crazy” over the law. On Thursday, she called the notion that economic growth would cover the budgetary shortfall from the corporate and personal income tax cuts “nonsense” and “BS.”

Republicans are pinning their midterm hopes on Americans believing the tax cuts benefit them, as they look to counter headwinds that threaten their congressional majorities.