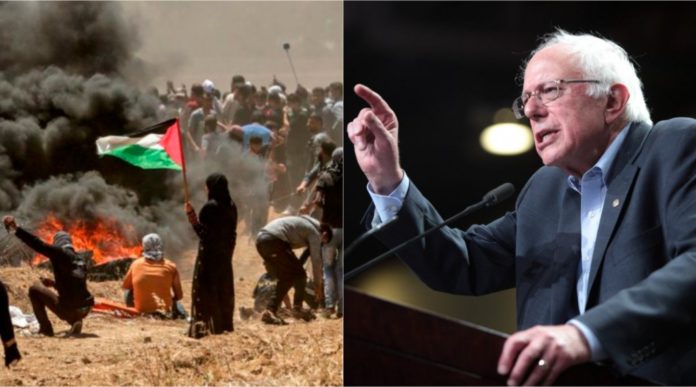 Senator Bernie Sanders (I-VT) has condemned Israel for it’s response to violent Palestinian protests at the Gaza border, in which many known terrorists participated and attempted to carry out potentially fatal attacks against Israel, infiltrate the border fence to plant explosives and attack nearby Israeli towns. The IDF response killed 60 and wounded at least 1200.

“Instead of applauding Israel for its actions, Israel should be condemned,” Sanders said in an interview with Deconstructed host Mehdi Hasan. Israel has a right to security, but shooting unarmed protestors is not what it is about,” he said.

In this short conversation, Sanders talks about the consequences of the U.S. pulling out of the Iran deal, the dire situation in Gaza, and the oversized military budget that fuels our endless wars.

When asked how much he thinks President Trump is to blame for the violence on Monday after the opening of the US Embassy in Jerusalem, Sanders replied “It doesn’t matter what it is. Obviously Trump is playing a very counterproductive role in every sense.”

[RELATED – HAMAS ADMITS: 50 Of The 62 Killed In Gaza Were It’s Members, Many Paid Terrorists]

Over 50 killed in Gaza today and 2,000 wounded, on top of the 41 killed and more than 9,000 wounded over the past weeks. This is a staggering toll. Hamas violence does not justify Israel firing on unarmed protesters.

At least 24 Hamas and Islamic Jihad terrorists were killed yesterday during Hamas’ attempts to breach the Israeli border in order to murder Israeli citizens who live innear by communities.

Here are the details of 10 of them. 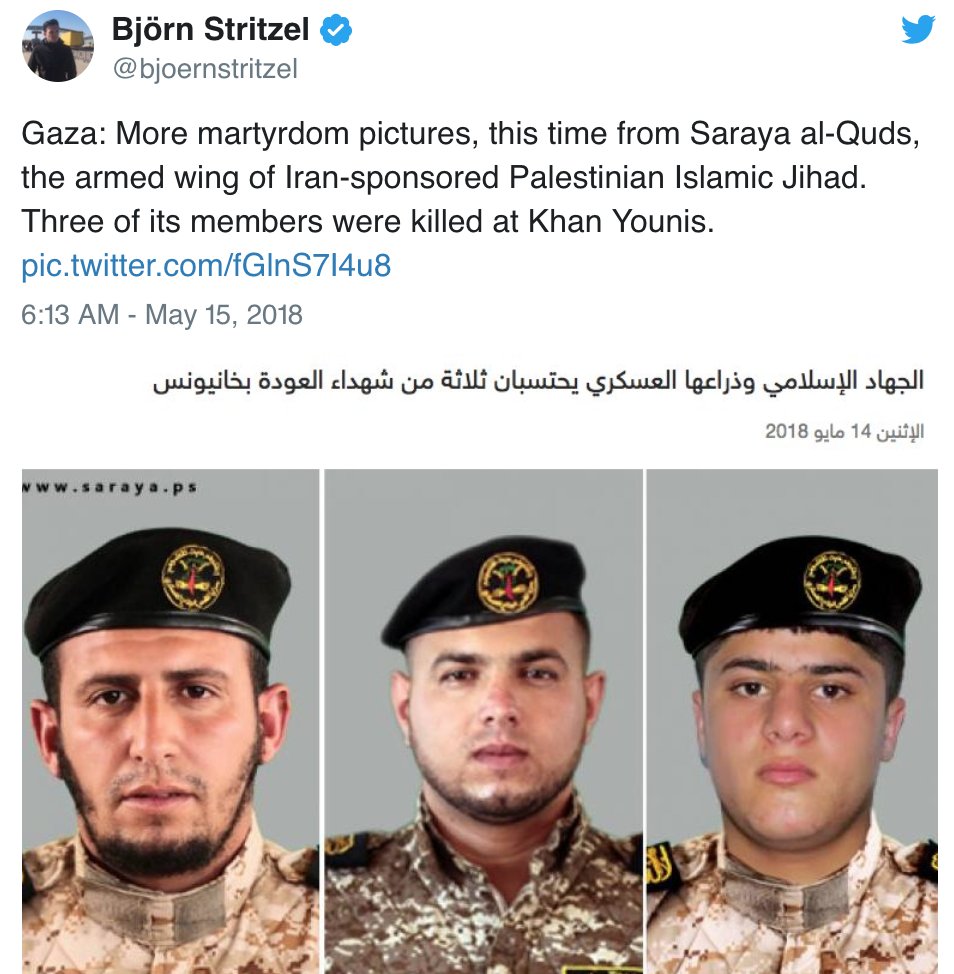 Of course it’s painful to see the death of people rushing Gaza border with Israel. It’s even more painful knowing that this was staged by a terrorist group, Hamas, who convinced their citizens to be ‘martyrs’ instead of giving them real opportunities. #HamasIsTheProblemNotIsrael

Senior Hamas Official Mahmoud Al-Zahhar on Gaza Protests: This Is Not Peaceful Resistance, It Is Supported by Our Weapons pic.twitter.com/aut0Q7SPD9

Yesterday afternoon, the IDF received intelligence that Hamas operatives were preparing to cross through the security fence from northern Gaza. IDF special forces arrived at the scene, & 8 armed terrorists hurled pipe bombs & grenades at the soldiers & the security fence. pic.twitter.com/8G73DjEvZl

This is what happened yesterday during the violent riots near the security fence along the Gaza border pic.twitter.com/ygTDntFE1T

Hamas can turn anything into a weapon of terror. pic.twitter.com/7v8RmGfN4o 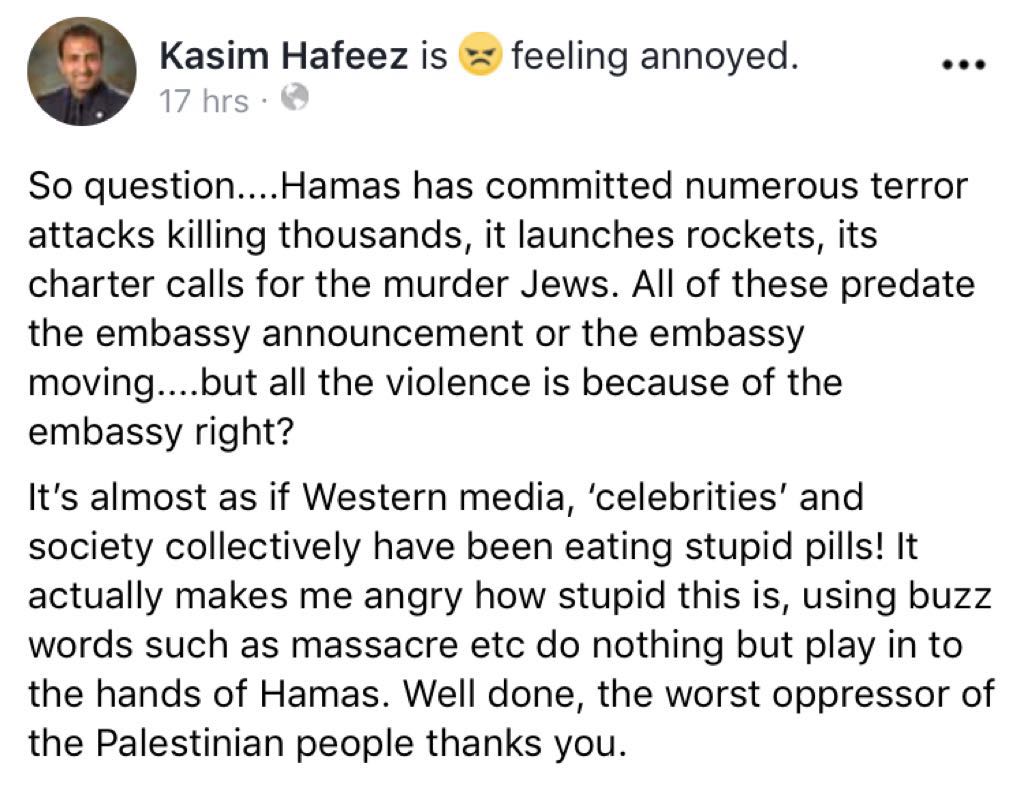