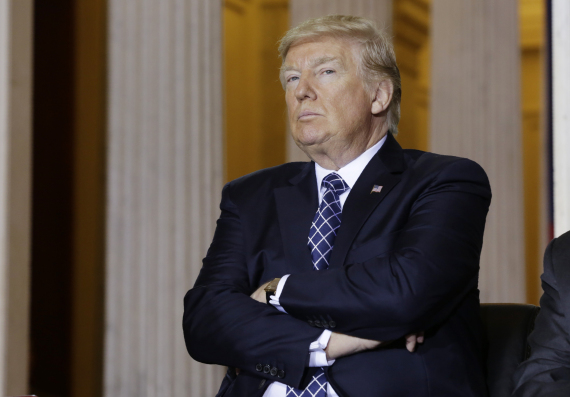 South Carolina Gov. Henry McMaster and a group of fellow governors are backing President Donald Trump’s nomination for the Nobel Peace Prize, citing what they called Trump’s “transformative efforts to bring peace to the Korean peninsula.”

In a letter this week to Norwegian Nobel Committee chairman Berit Reiss-Andersen, McMaster and six fellow governors wrote that Trump’s “firm stance against nuclearization, coupled with his willingness to engage one-on-one with Pyongyang, has succeeded in opening new avenues of cooperation, friendship and unity between the two Koreas – and the rest of the world.”

The letter follows one from 18 U.S. House Republicans, who earlier this month formally nominated Trump for the award amid preparations for a historic summit with North Korea’s Kim Jong Un. The National Republican Senatorial Committee has also promoted the idea, sending an email encouraging supporters to “Nominate President Trump to Win the Nobel Peace Prize” by adding their name to a list.

Governors are not listed among those who can officially make Nobel nominations, according to the organization’s website .

McMaster was an early Trump supporter in the 2016 presidential campaign, formally backing him ahead of South Carolina’s first-in-the-South primary. Then the state’s lieutenant governor, the longtime South Carolina politician became governor when Trump picked then-Gov. Nikki Haley as his U.N. ambassador.

Trump is backing McMaster in next month’s five-way South Carolina GOP primary. The president appeared at an October fundraiser, and McMaster has featured footage from that event prominently in his television ads.

The governors’ letter came amid reports from South Korea’s Yonhap News Agency that North Korea was canceling a high-level meeting planned between the two countries due to the ongoing military exercises between the U.S. and South Korea. The meeting planned for Wednesday at a border truce village to discuss setting up military and Red Cross talks aimed at reducing border tension and restarting reunions between families separated by the Korean War.