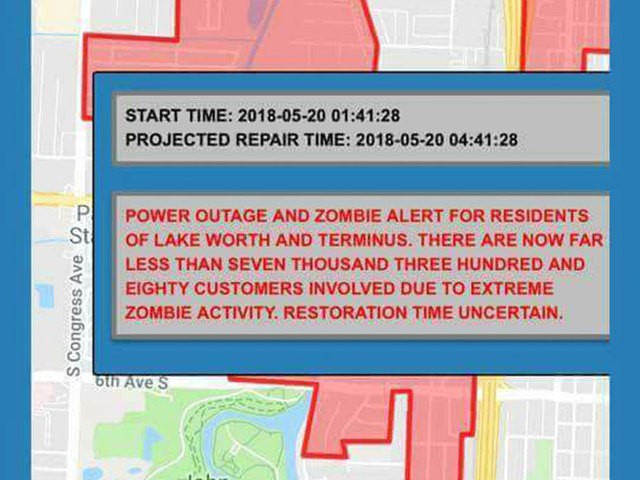 Officials say they still don’t know who sent a “zombie alert” to residents of a Florida city following a power outage.

Lake Worth spokesman Ben Kerr says an independent investigation is underway to determine who was behind the message sent to some 7,880 customers during a 27-minute power outage Sunday.

During the city’s own investigation, Kerr says officials determined that no current or former employees edited the pre-prepared message to include the warning of a zombie invasion. He tells the Palm Beach Post that “no one was fired for it.”

Kerr said a hacking issue came up during Hurricane Irma last September. But that issue was dealt with quickly. He added that officials thought they got to all the messages, “but it turns out there was one hiding in the system.”