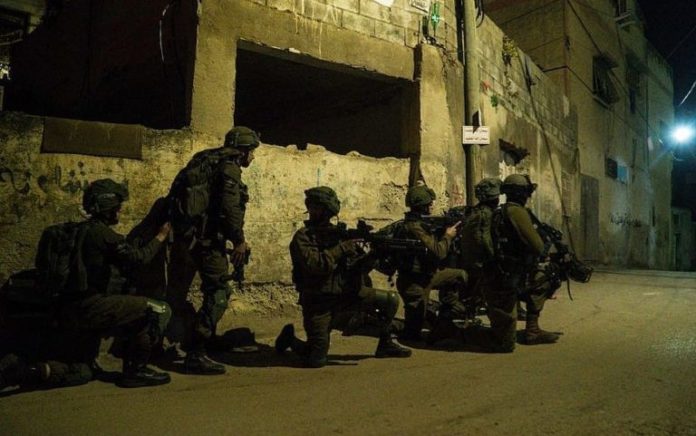 IDF officials have completed the initial probe into the incident that left a soldier of the elite Paratroop Brigade Duvdevan unit in critical condition, fighting for his life in Hadassah Ein Kerem Hospital in Jerusalem with a serious head injury. The incident happened during the predawn hours of Thursday, 10 Sivan, in the al-Amari refuge camp in the Ramallah district.

The information released following the probe reveals a terrorist hurled a large chunk of marble on the soldier, who Baruch Hashem was wearing his helmet and other protective gear. Nevertheless, the velocity of the heavy marble smashed the helmet and left him in critical condition. The terrorist has not been apprehended at the time of this report.

It is added in the report that while some rumor changes in ‘open fire’ orders is the reason the soldier did not fire at the attacker. However, this is not so and the reason they did not open fire is the attacker was not detected and it still at large.

“The helmet was shattered, he fell on his back, and was hit a second time. This appears to be the blow that caused the serious injuries”, IDF Spokesman Brigadier-General Ronen Manelis told the press. The spokesman’s report adds the operation was necessary as part of ongoing activities to apprehend wanted PA (Palestine Authority) residents suspected of involvement in terrorism.

The name circulating for tefilos for the soldier is רונן בן לנה, who should have a refuah shleima bsoch cholei yisrael.