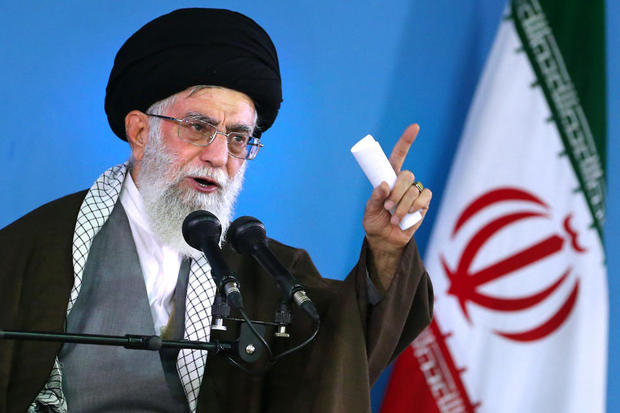 Iran’s supreme leader criticized the U.S. on Wednesday over its hard-line stance toward the country since President Donald Trump’s decision to withdraw from a landmark nuclear deal with Western powers.

Supreme Leader Ayatollah Ali Khamenei, addressing government officials on the occasion of the Muslim holy month of Ramadan, said the U.S. has been aiming to topple the Islamic republic for 40 years.

“From the first day of the Islamic Revolution the U.S. has applied all kinds of enmity to hit the Islamic republic,” he said.

The speech comes just days after U.S. Secretary of State Mike Pompeo issued a steep list of demands to be included in a nuclear treaty to replace the deal scuttled by Trump. Among them, Pompeo demanded that Iran make wholesale changes in its military and regional policies or face “the strongest sanctions in history.”

Pompeo has called for the negotiation of a new deal that would go far beyond the single focus of the nuclear agreement and would have the status of a formal treaty. The 2015 deal concluded under the Obama administration dealt only with the nuclear program.

Khamenei said that for Iran to remain in the current nuclear agreement, the European powers who are a part of it must issue a resolution condemning the U.S. for violating the deal and stand against any U.S. sanctions as well as guarantee the sale of Iranian oil.