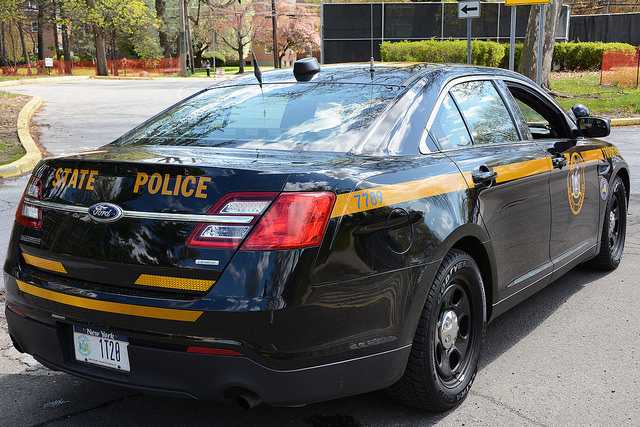 The New York State Police will conduct a week-long enforcement initiative to crack down on speeding and aggressive drivers across the state. The “Speed Week” campaign starts Thursday June 7, and runs through Wednesday, June 13.

New York State Police Superintendent George P. Beach II said, “Our top priority, as with all traffic enforcement, is safety. The public can do their part to keep our streets safe simply by slowing down. Follow the posted speed limits, watch your speed and put your electronic devices down. These proactive measures will reduce the number of motor vehicle accidents and increase the chances of everyone making it to their destinations safely.”

Speeding is listed as a contributing factor in nearly one third of all fatal crashes in New York State. More than 42,000 people die as the result of traffic crashes each year on our nation’s highways and hundreds of thousands are seriously injured. According to the National Highway Traffic Safety Administration, traffic crashes are the leading cause of death for people ages 3 to 33.

During this summer’s “Speed Week”, Troopers will be using both marked State Police vehicles and Concealed Identity Traffic Enforcement (CITE) vehicles as part of the operation. The CITE vehicles allow Troopers to more easily identify motorists who are violating laws while driving. These vehicles blend in with every day traffic but are unmistakable as emergency vehicles once the emergency lighting is activated.

Speeding by all vehicle types, as well as other traffic violations, will be heavily enforced throughout the week in addition to normal year-round enforcement. Troopers will also be watching for other traffic violations, including distracted or impaired drivers, vehicle occupants who are not properly buckled up, and drivers that are violating New York’s Move Over law.

During the August 2017 Speed Week campaign, State Police issued more than 19,000 traffic tickets including more than 7,900 for speeding, and over 580 for distracted driving.

Funding for the Speed Week initiative is provided through a grant from the Governor’s Traffic Safety Committee.

The fines for speeding on 55 mph highway or posted 65 mph zones are as follows: