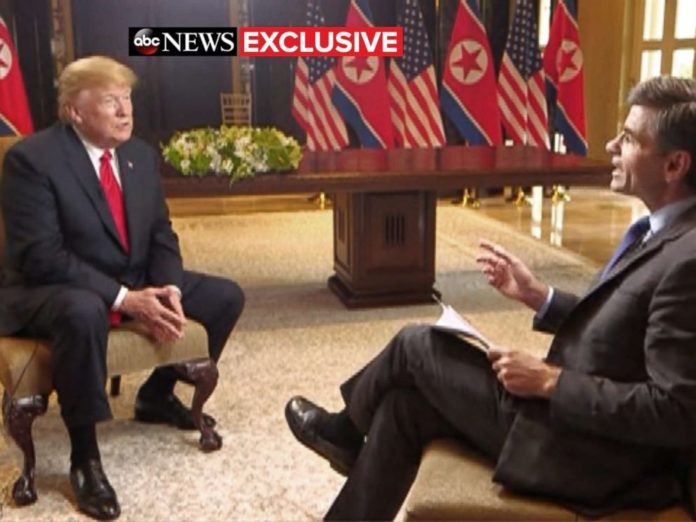 Trump talked about the agreements that were reached at the summit in Singapore today, saying that he believes the North Korean leader “wants to do the right thing”.

“We have the framework for getting ready to denuclearize,” Trump said. “He’s de-nuking the whole place. I think he’s going to start now.”

Another potential sticking point that didn’t come up? The nuclear umbrella that the U.S. has over South Korea, that is intended to protect it from any missile strikes from the North.

When asked by Stephanopoulos if the removal of the nuclear umbrella was “on the table,” Trump said no, saying the umbrella had not even been discussed.

Trump seemed to hold an optimistic take on Kim’s intentions, saying that the dictator “really wants to do something I think terrific for their country.”