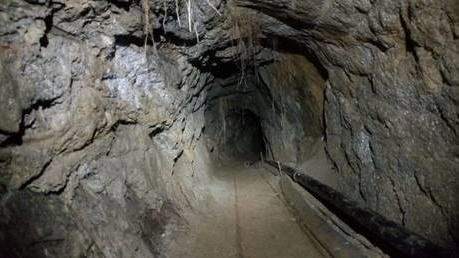 U.S. and Mexican authorities have discovered an incomplete, solar-powered tunnel connecting the two countries in a rugged, remote area east of San Diego.

The U.S. Border Patrol said Tuesday that the clandestine passage measured 627 feet (191 meters), including 336 feet (102 meters) into the United States in the town of Jacumba. The solar system powered lighting and the ventilation system. It was also lined with a rail system that ran the entire length of the tunnel and had two sump pumps.

Mexican authorities discovered the tunnel Sept. 19 at a residence in the town of Jacume. It did not have an exit point in the U.S.

U.S. and Mexican authorities have found many cross-border tunnels – often incomplete. They are typically used to smuggle drugs from Mexico to the U.S.