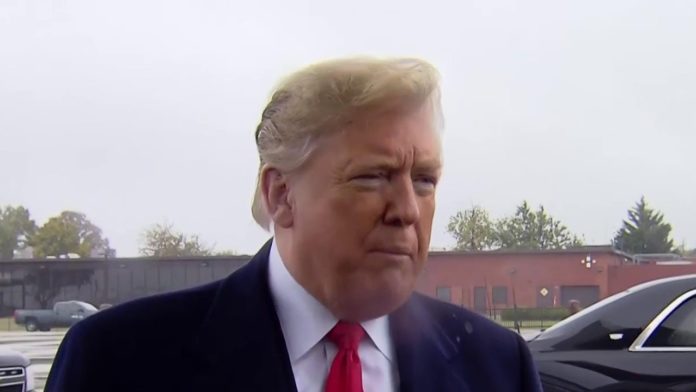 In the immediate aftermath of the horrific massacre at a synagogue in Pittsburgh on Shabbos morning, President Donald Trump said that the outcome would have been different had an armed guard been in place.

“If there was an armed guard inside the temple, they would have been able to stop him,” he said to reporters before boarding a flight to a pair of events later in the afternoon.

Trump also said the nation should strengthen its laws surrounding the death penalty.

When asked if the shooting indicated a need to revisit gun laws, Trump replied that the shooting “has little to do with it” and that an armed guard might have been able to stop the gunman “immediately.”

Asked if he was advocating for armed guards inside if places of worship, Trump replied, “no, it’s certainly an option.”