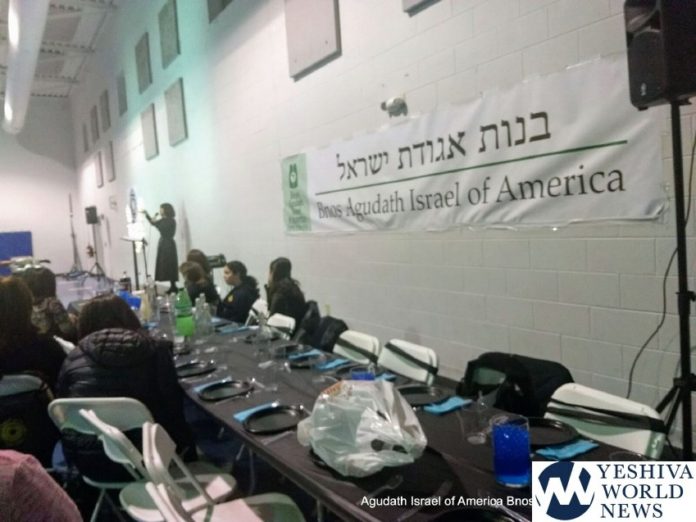 For the first time ever, the national Bnos Agudas Yisroel convention was hosted by Cincinnati, Ohio. A fabulous weekend for Bnos leaders transpired, offering motivational messages, hands on tips and a golden opportunity to connect with their peers nationwide.

The theme of this year’s annual convention in Cinsunati was the Passsuk of Vaohavov Katzeis Hashemesh Bigvuraso. We focused on how leaders are similar to the powerful and glowing sun, and with their warmth they have the ability to affect their Bnos girls each week. Bnos leaders came from more than 30 cities, with some traveling from as far away as Denver and Miami, to take part in the national event.

Friday the Bnos leaders sprang into action, spending the morning at zip city Trampoline and indoor zipline Park. The convention then ushered Shabbos in on a high note, with a story by Mrs Bashi Levovitz, Cleveland advisor, and a heartfelt davening led by Bnos of Cleveland. The Friday night Seuda was enhanced by the Dvar Torah of Reena Metzger from Monsey, and Rabbi Avrohom Weinreb, Rav, Khal Zichron Eliezer, who spoke on the topic Light. Shine. Ignite. After the Seudah, a panel discussion led by Mrs. Tziporah Freedman, Mrs. Shoshi Tropp, and Mrs. Rivka Lagahaie addressed dealing with problems that can crop up during a Bnos group.

Shabbos day was filled to the brim with beautiful meals, achdus and inspiration. During the Seudos, Mrs. Aviva Minster gave storytelling tips to the girls for them to give over to their Bnos groups. Rabbi Preis spoke very practically explaining to the girls how to expand this leadership potential for life. Shabbos afternoon workshops were led by directors of Chicago, Detroit, Toronto and Baltimore on the topic of How to make a good bnos group, a Great bnos group.

A Motzei Shabbos melava malka offered a final opportunity to soak up the wonderful atmosphere of the convention, with the girls enjoying a beautiful choir from the 4th and 5th graders of Bnos Cincinnati. A fascinating video presentation about Rabbi Eliezer Silver and the history of Bnos was then put on for the girls. The Shabbos was wrapped up with closing remarks from Mrs. Miriam Ottensoser, and a closing speech by Mrs. Chana Devorah Crystal.

More than just three days spent enjoying the company of their peers and polishing their skills, Bnos leaders are able to take the practical advice and heartfelt encouragement that they absorbed over the weekend home with them and share them with their fellow local Bnos leaders, transmitting the convention’s lessons to thousands of others. Equally important, noted Mrs. Hass, is that the national convention gives Bnos leaders concrete proof that they are part of a much greater whole – Bnos Agudath Israel of America. 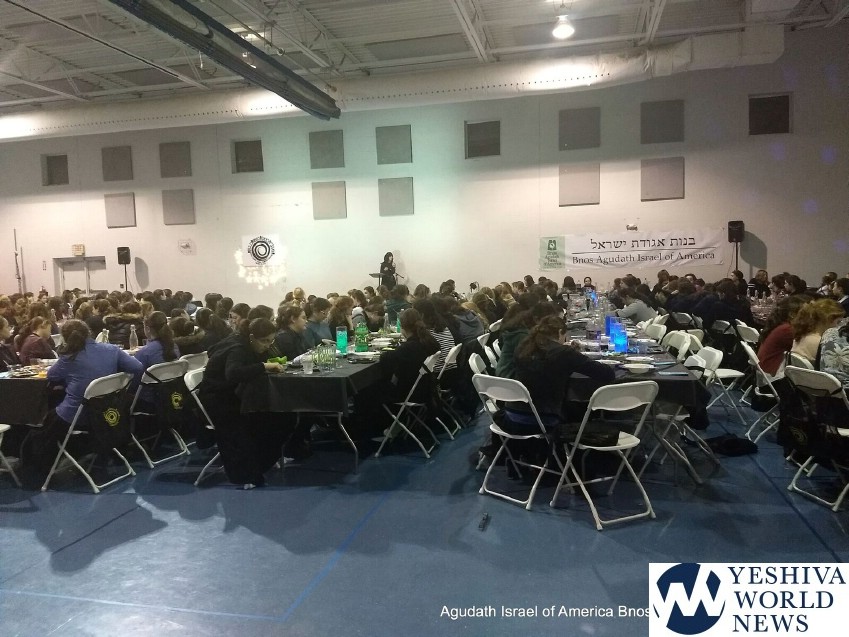