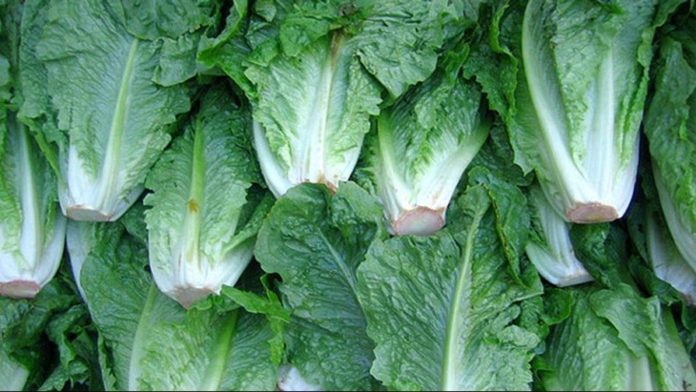 Romaine lettuce is unsafe to eat in any form, the Centers for Disease Control and Prevention said Tuesday in a broad alert in response to a new outbreak of illnesses caused by a particularly dangerous type of E. coli contamination.

According to the CDC, 32 people have become ill from a strain of Shiga toxin-producing E. coli in 11 states from Oct. 8 through Oct. 31. Thirteen of those people were hospitalized, including one who suffered kidney failure. In addition, at least 18 people in Canada have been infected with E. coli in Ontario and Quebec.

The CDC told consumers to throw away any romaine lettuce they may already have purchased. Restaurants should not serve it, stores should not sell it, and people should not buy it, no matter where or when the lettuce was grown. It doesn’t matter if it is chopped, whole head or part of a mix. All romaine should be avoided.

“This advice includes all types or uses of romaine lettuce, such as whole heads of romaine, hearts of romaine, and bags and boxes of precut lettuce and salad mixes that contain romaine, including baby romaine, spring mix, and Caesar salad,” the CDC said. “If you do not know if the lettuce is romaine or whether a salad mix contains romaine, do not eat it and throw it away.”

The agency also advised consumers to wash and sanitize drawers and shelves where the lettuce was stored. People usually become sick within three or four days of consuming lettuce contaminated with the E. coli, according to the CDC.

The strain identified is different than the one linked to romaine earlier this year that killed 5 people and sickened nearly 200 across 36 states, but it appears similar to one linked to leafy greens last year.

Statement from Bodek Kosher that their produce is SAFE to eat: 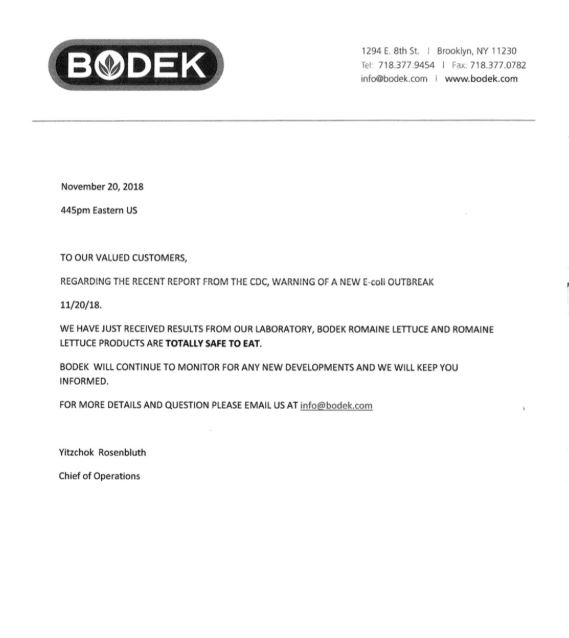