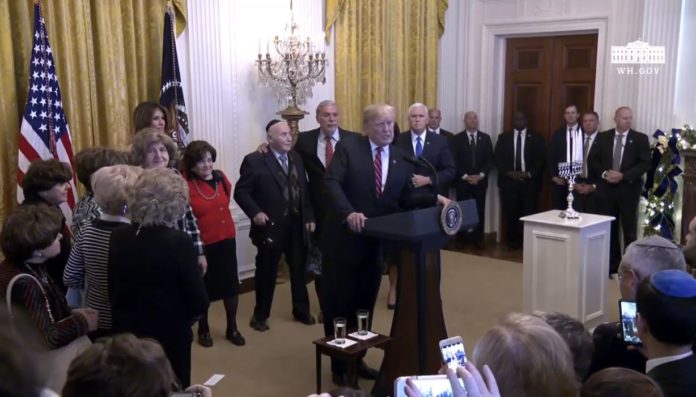 The White House hosted two Chanukah parties on Thursday. The annual celebration was delayed one day due to the funeral of the late President George H.W. Bush. on Wednesday.

The first party began at around 4:00PM. President and First Lady Trump, Vice President and Second Lady Pence were joined on stage by a group of 8 Holocaust survivors from Brooklyn, New York. They were accompanied by Assemblyman Dov Hikind, and thanked the president for deporting Nazi guard Jakiw Palij from the United States.

Trump noted the survivors had each endured “evil beyond description”.

The president also referenced the fatal October shooting of 11 Jews at a Pittsburgh synagogue. He says in the aftermath of that “sinister” killing, “we reaffirmed our solemn duty to confront anti-Semitism everywhere. Trump added that we “must stamp out this vile hatred from the world.”

The Jewish audience erupted into cheers – chanting “4 more years” – when Trump mentioned his decision to recognize Jerusalem as Israel’s capital and relocate the U.S. Embassy there from Tel Aviv. Trump noted they should have said “6 more years”.

After the Menorah was lit, Hikind led the assembled crowd in the singing of ‘Al Hanisim’.

The Y-Studs acapella group performed before the ceremony.

“The Nazis took away my name and turned me into a number….and now I’m in the White House!” Most moving part of today’s @WhiteHouse #Chanukah party was in back of room. Watched @BetsyDeVosED speak to each of the #Holocaust survivors, hold their hands, listen to their stories. pic.twitter.com/GLoGa7RMSV

The president described Hanukkah as an “everlasting symbol of Jewish perseverance.”

He says his administration “will always stand” with Israel.

The second Menorah lighting ceremony began at around 8:00PM.

The father of a Florida school shooting victim lauded President Trump as a “fighter” who has “retaken Washington for the American people.”

Trump said the menorah was being lit in the East Room in memory of 18-year-old Meadow Pollack “and all of the precious lives stolen from us this year, and we will pledge our resolve to confront hatred and violence in all of its evil forms.”

Meadow was among 17 people killed in a February shooting at Marjory Stoneman Douglas High School in Parkland. A 17-year-old student has been charged in the Valentine’s Day massacre.

Meadow’s father, Andrew Pollack, said he has been fighting for his daughter and other students since the shooting. He was among a group of teen survivors and parents of murdered children who attended a White House discussion shortly after the shooting.

“Mr. President, despite the pundits and so-called experts who said you couldn’t, you have retaken Washington for the American people,” Pollack said. “You are the greatest friend that the Jewish people have ever had in the White House, not only because you recognized Jerusalem as the capital of Israel and followed through on your promise to move the embassy to Jerusalem, but because you understand the spirit of Hanukkah, within your heart.”

Pollack added: “We have to keep fighting because the safety of our children and the future of our country depend on whether we honor the true spirit of Hanukkah, by staying true to our traditions and to keep on winning.”

Trump described Pollack’s sorrow and pain as unimaginable and thanked him and his family for attending.

“We promise to hold the memory of beautiful Meadow and every Parkland victim in our hearts forever,” Trump said.

The parties come a year after the Trump White House’s first Chanukah party was marred by controversy after the White House did not invite Jewish members of Congress who were critical of the president.

The White House says it invited all Jewish members of Congress to this year’s presidential party.

The White House Hanukkah party is a tradition that was started by the 43rd president, George W. Bush, and was continued by his successor, President Barack Obama. The Trump White House had its first opportunity to hold such a party in 2017, and it did so mostly in the company of the the president’s political supporters. Last year’s gathering took place just days after Trump announced his decision to move the U.S. Embassy in Israel to Jerusalem. 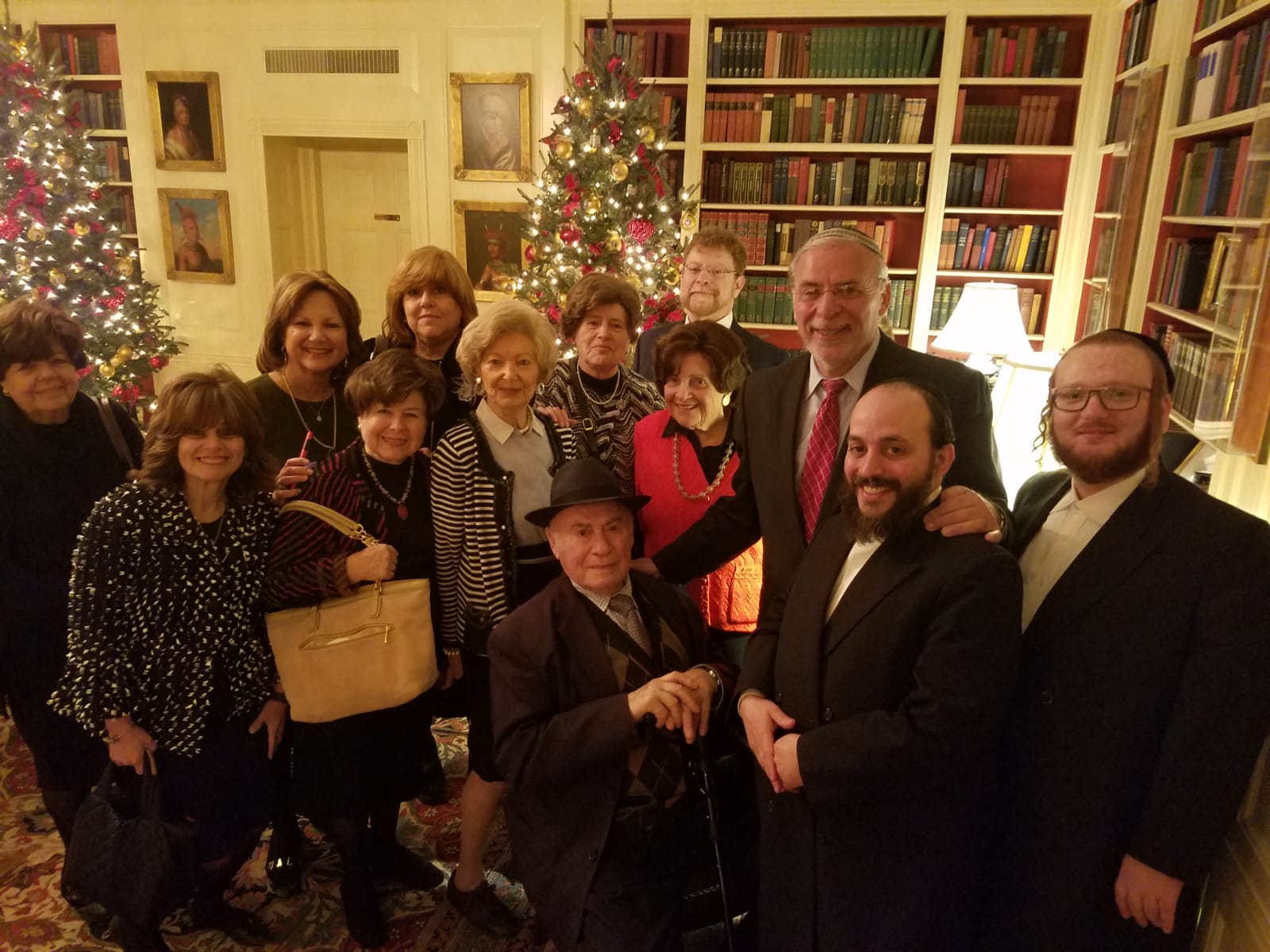 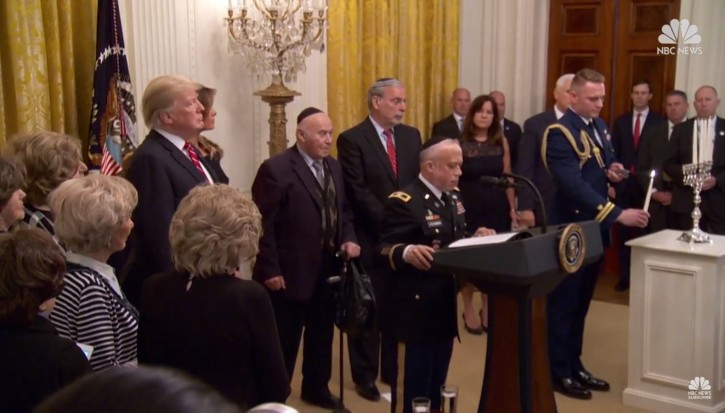 Thank you President @realdonaldtrump for inviting our precious Holocaust survivors to the @WhiteHouse, honoring them, and establishing for all to see what America stands for. pic.twitter.com/CbWQkpyfF5

I spoke to my 92 year old grandmother this morning and as a Holocaust survivor she too was very moved that 75 years after the FDR White House ignored her plight and that of her family, her grandson (and hundreds of others) was being hosted by @POTUS at a Chanukah party

Thank you @HikindDov for bringing this group of survivors to the @WhiteHouse to tell their stories and deliver their message of gratitude. pic.twitter.com/FCOIMrIskj 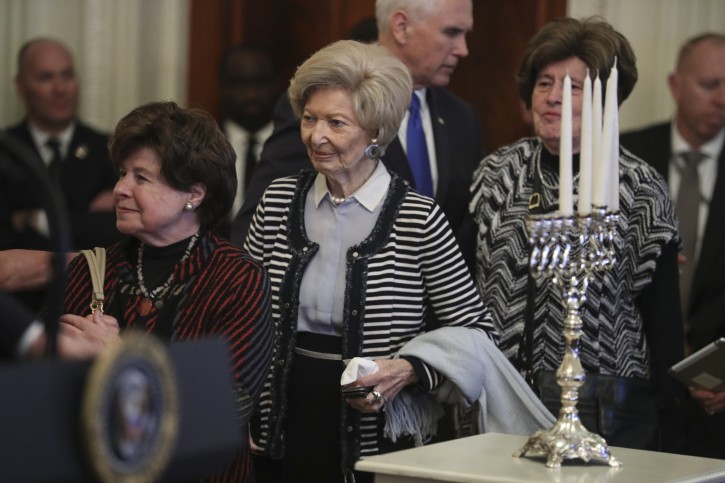 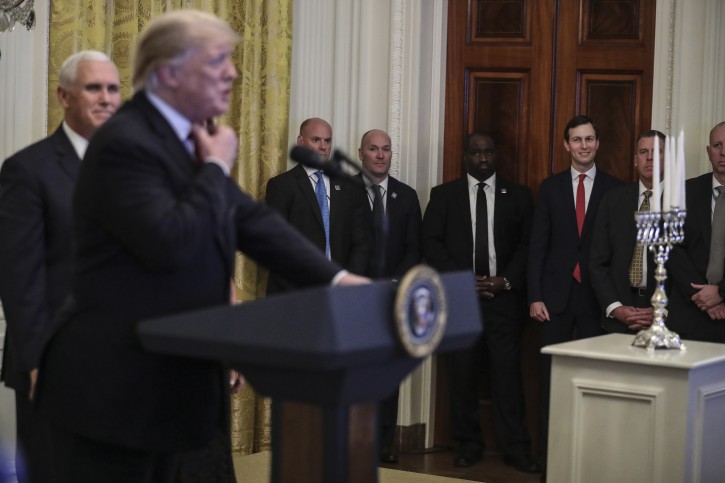 Holocaust survivors excited to visit President @realdonaldtrump — and for good reason. Imagine how they feel as you listen to their words. pic.twitter.com/HxgRHgTgbx