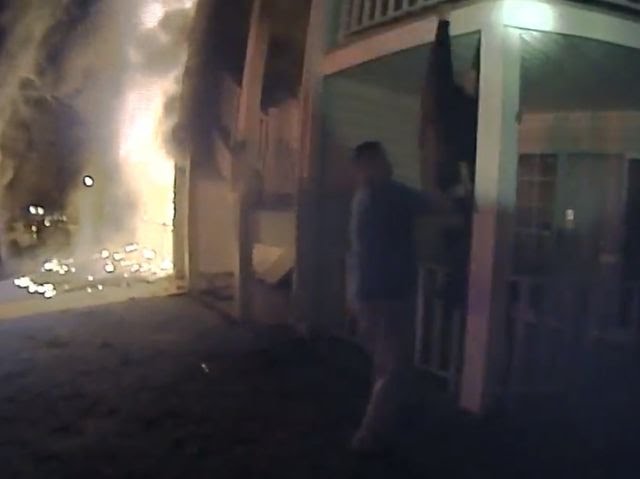 Port Authority Police Officer John Shaughnessy was leaving his townhouse in North Brunswick around 10:30 p.m. Saturday when he observed flames coming from the first floor of the condo units approximately 50 yards from his residence.

Shaughnessy immediately went to assist as North Brunswick police began to arrive on scene. He and the responding officers began banging on windows and the walls of the first floor units to alert the occupants about the fire.

The officers eventually saw a family of four, including a 4-year-old girl and her 6-month-old baby brother, trapped on a second floor balcony and jumped into action. North Brunswick Officer Joe Grasso quickly scaled the building to reach the victims.

Grosso lowered the two children and their grandparents about 15 feet down to Shaughnessy, with the assistance of additional police personnel who had arrived on scene.

The cause is believed to be a menorah candle.