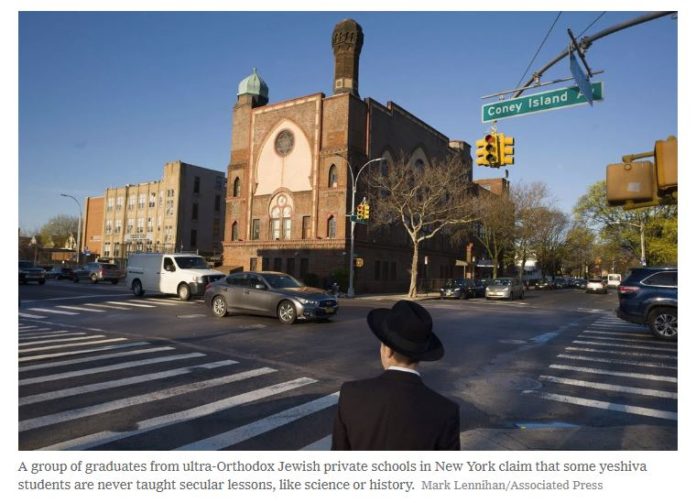 First it was the Rosh Yeshiva of Darchei ripping the NY Times for using an image of their Yeshiva. Now, the Excutive Director of Yeshiva of Flatbush is furious and writing a public letter.

As YWN reported last week, the New York Times posted an article with the headline “Do Children Get a Subpar Education in Yeshivas?”

The Times was even worse in its anti-Jewish bias than usual, because it chose to illustrate its article on subpar yeshiva education with a photograph of Yeshiva Darchei Torah. HaRav Yaakov Bender wrote a public letter on YWN blasting the Times.

The Times felt the heat thanks to YWN, and pulled the image…. but instead replaced it with another image — this one of Yeshiva of Flatbush — a Yeshiva that provides its students with impeccable secular studies. Not only that, but the caption under the image says “A group of graduates from ultra-Orthodox Jewish private schools in New York claim that some yeshiva students are never taught secular lessons, like science or history. Credit Mark Lennihan/Associated Press” 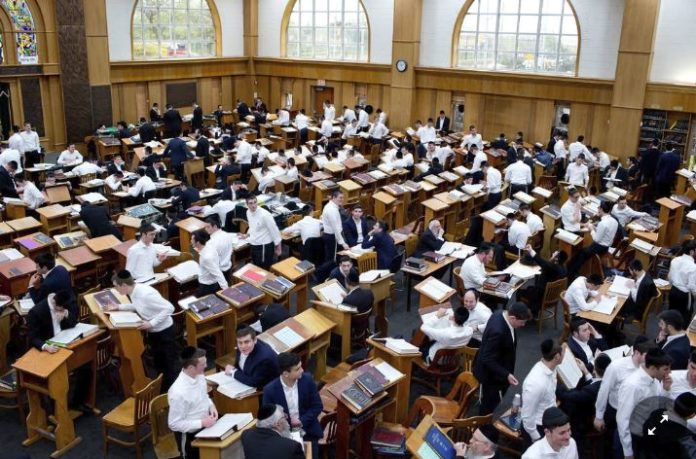 Now, Yeshiva of Flatbush is responding in the following letter submitted to YWN:

To whom it may concern,

On behalf of over 12,000 alumni, 2,100 current students and 500 staff members of the Yeshivah of Flatbush, I want to point out the inaccurate reporting and photographs in the New York Times December 3, 2018 article, “Do Children Get a Subpar Education in Yeshivas?” by Eliza Shapiro.

The New York Times article first included a picture of Yeshiva Darchei Torah and retracted it after Rosh Yeshivah Rabbi Yaakov Bender responded to its misrepresentation of his school. Then the Times changed the online picture to the Yeshivah of Flatbush, renowned for its outstanding secular academics, Judaic studies and distinguished alumni.

The New York Times used a picture of Yeshivah of Flatbush that was originally mischaracterized by its taker Mark Lennihan of the Associated Press, “A group of graduates from ultra-orthodox Jewish private schools in New York claim that some yeshivah students are never taught secular lessons, like science or history.” The picture that goes with this quote is not of any ultra-Orthodox yeshivah; it is of Yeshivah of Flatbush, a modern Orthodox institution that has first class math, science and social science departments.

Our school is requesting of the New York Times to remove the picture of our institution from the web-based article and publish an apology to the Yeshivah of Flatbush.