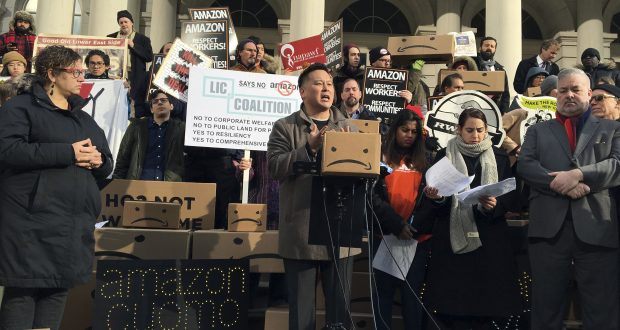 Some New York lawmakers are proposing a ban on subsidies for particular companies in the wake of Amazon’s decision not to build a new campus in Queens.

State Assemblyman Ron Kim and Sen. Julia Salazar on Wednesday proposed legislation that would stop the state from awarding company-specific subsidies and instead treat all companies the same when it comes to economic incentives.

The bill would also ask other states to join New York in banning company-specific subsidies to ensure states that do so aren’t put at a competitive disadvantage.

Amazon announced last week that it was dropping its Long Island City project, which was set to receive billions in state and New York City incentives.