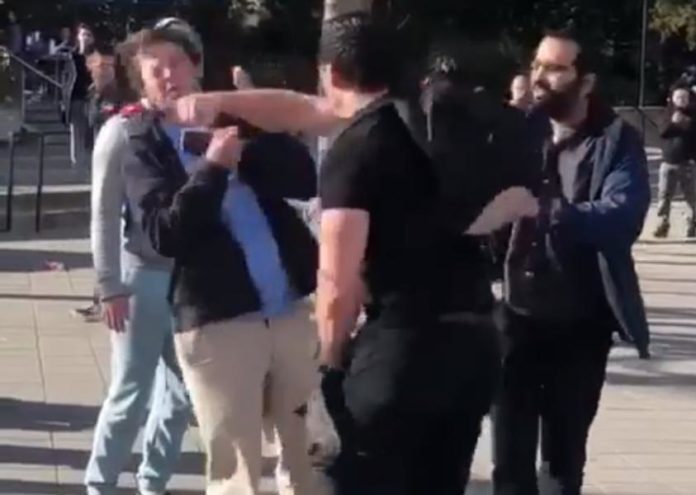 University of California, Berkeley police say they’re investigating an attack on a conservative activist who was punched in the face while recruiting on campus.

Police say the man was at a table for the conservative group Turning Point USA Tuesday when two men approached him and a verbal altercation started.

They say victim Hayden Williams was filming the men with his phone when one of them slapped the phone out of his hand and punched him several times.

Williams appeared with a black eye on Fox News Thursday. He said the men objected to a sign that said “Hate Crime Hoaxes Hurt Real Victims.” A photograph displayed during the interview shows Williams also held a sign that said “This is MAGA Country.”

UC Berkeley says none of the men are affiliated with the university.