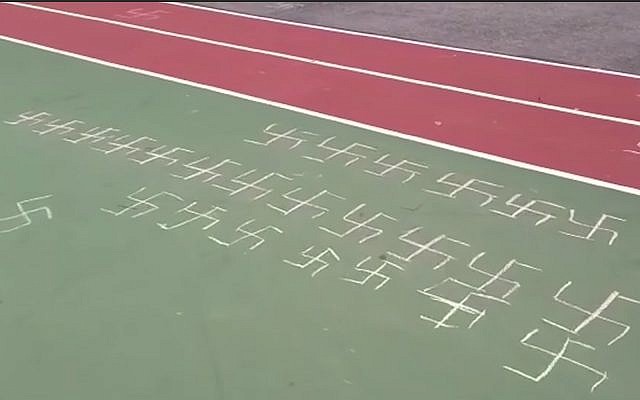 The NYPD is investigating anti-Semitic graffiti that was scrawled all over an elementary school playground in Queens.

The disturbing discovery was made Friday afternoon at PS 139 in Rego Park.

Swastikas and terms including “Hail Hitler” and “No Jews Allowed” were discovered scribbled in chalk.

The Anti-Defamation League called the graffiti horrifying and said the NYPD Hate Crimes unit is investigating.

There have been 36 anti-Semitic crimes reported in the city so this year, compared with 21 for the same time last year, according to a New York Times report, which cited police.

“I am outraged and sickened that hate has reared its ugly head in our community. The drawings found in the playground of P.S. 139 are disgusting and unacceptable and everybody throughout this diverse and welcoming borough must condemn these anti-Semitic images.

There is no place for hate in Queens or anywhere in our society and these acts will not be tolerated. I thank the hardworking detectives of the NYPD who are investigating and I hope the perpetrators are found and swiftly brought to justice.”

Swastikas and Nazi symbols, as well as the term “Heil Hitler” (sic) were discovered drawn all over an elementary school playground in Queens today. @CMKoslowitz & @tobystavisky were at the scene, and it has since been cleaned. @NYPDHateCrimes is investigating this incident. pic.twitter.com/4Mrh63bSbN

I am horrified, disgusted, and nauseated, to say the least, of what I have witnessed today. Nazi imagery and anti-Semitic slurs were drawn at the PS 139 Playground in Rego Park. I was on the scene today and most of the imagery has been washed away. Enough is enough! pic.twitter.com/vteXmlqQyk

Thank you to @CMKoslowitz & @tobystavisky for speaking out on this today! This is sick and disgusting and it happened in #Queens. This is more proof that #AntiSemitism is on the rise in #NYC and can not be tolerated! We have no room for hate in our City https://t.co/2ZOxftuaHR 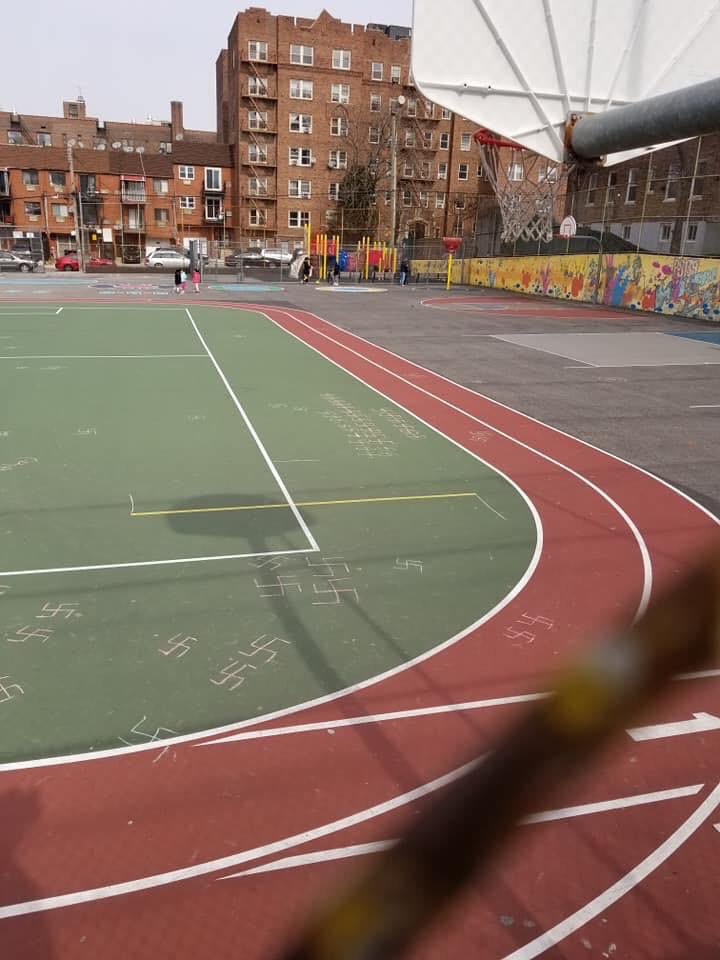 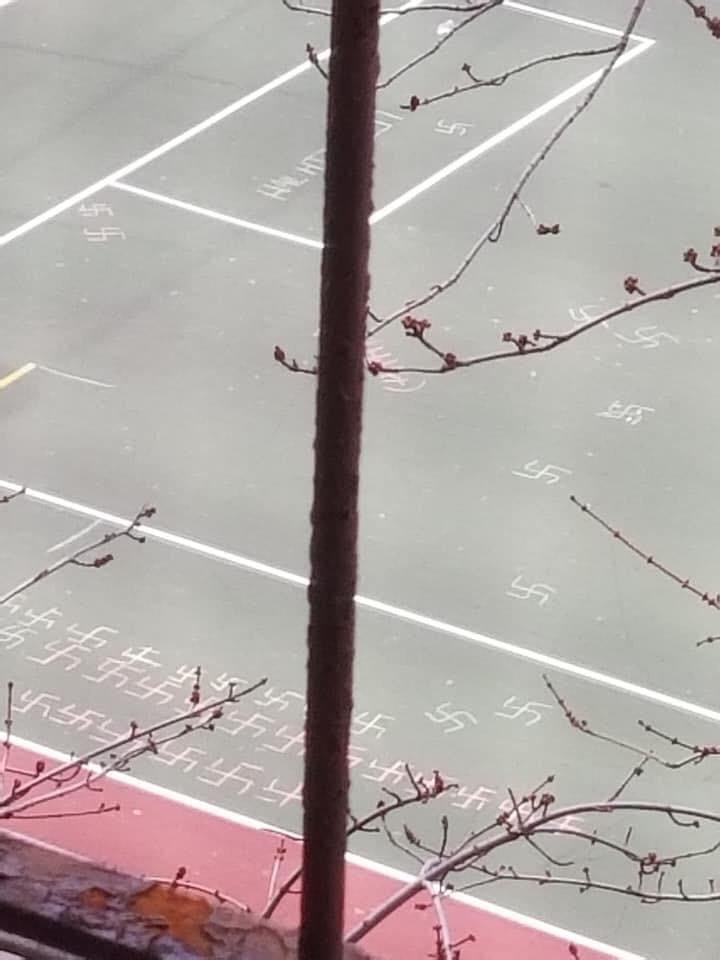 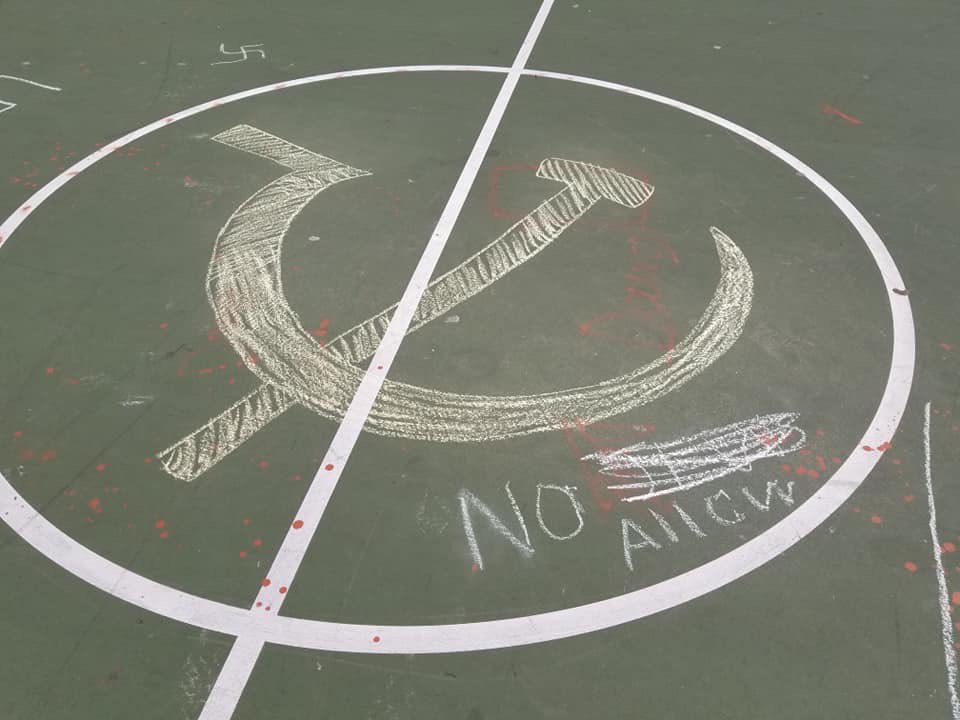 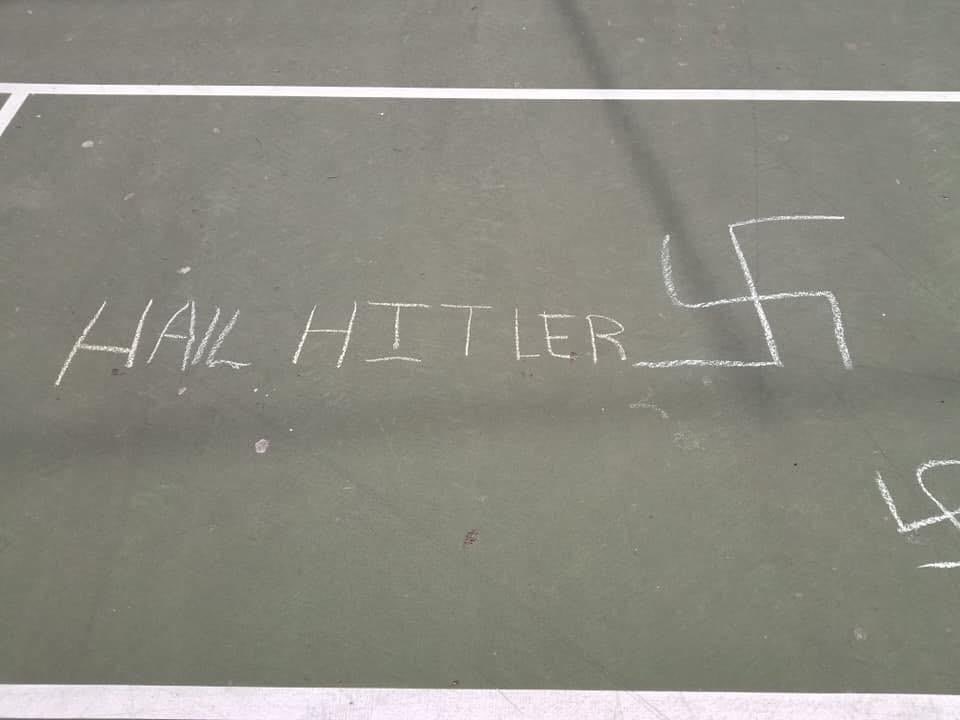