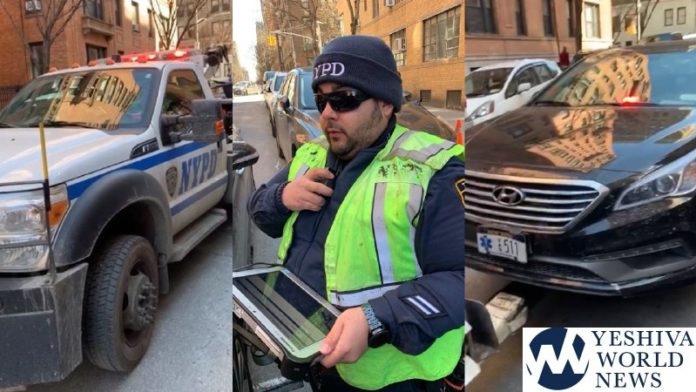 A Hatzolah Paramedic’s vehicle was towed while he was treating a cardiac patient in Manhattan on Tuesday afternoon. This comes just four weeks after a Hatzolah ambulance was issued a parking ticket, also in Manhattan.

The incident happened in the Upper West Side of Manhattan at around 1:00PM, as Hatzolah was inside the Manhattan Day School at 310 West 75 Street – responding to a cardiac-related call. The vehicle belongs to a Paramedic, who happens to be a Doctor as well. Additionally, the vehicle had a NYC DOT permit displayed, as well as a Hatzolah window plaque along with a NYS Department of Health sticker, which authorizes the vehicle as an emergency ambulance response vehicle.

According to eyewitnesses on the scene, the tow truck arrived on the scene, and began hooking up the tow to the vehicle. Hatzolah members – including a Coordinator – tried explaining to the NYPD Tow Truck Operator that this was a cardiac call, and the vehicle was legally allowed to be double parked. An NYPD Supervisor (Sergeant) responded, and authorized the vehicle to be towed – while it’s lights were still flashing.

A second Hatzolah vehicle was also issued a ticket for double-parking at the same call.

UPDATE – 3:00PM: YWN has learned the towed vehicle was released without payment.

Chevra Hatzalah in New York has nearly two thousand volunteer EMTs and paramedics who answer more than 70,000 calls each year with private vehicles and a fleet of more than 90 ambulances. 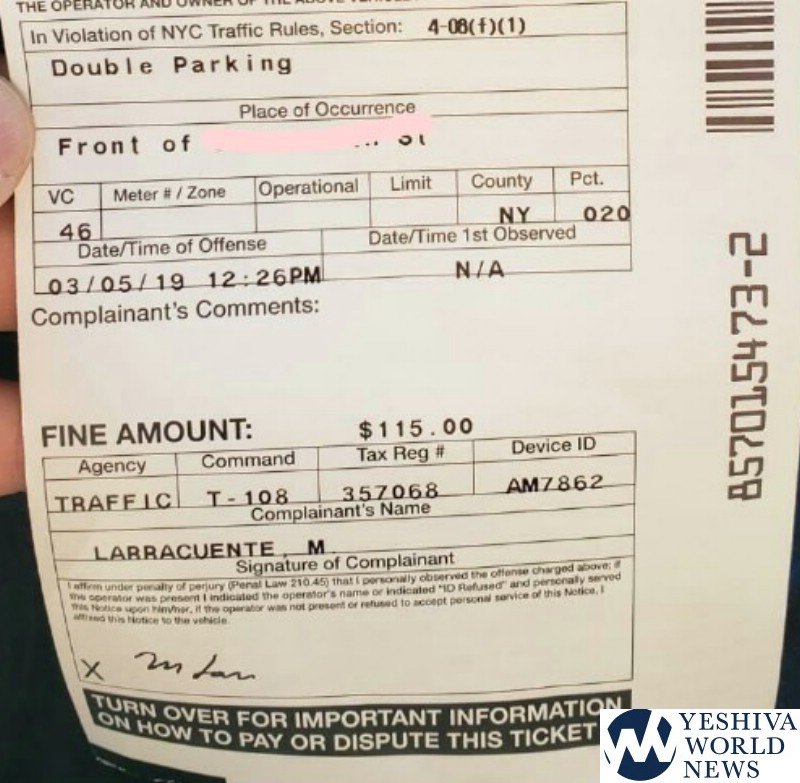