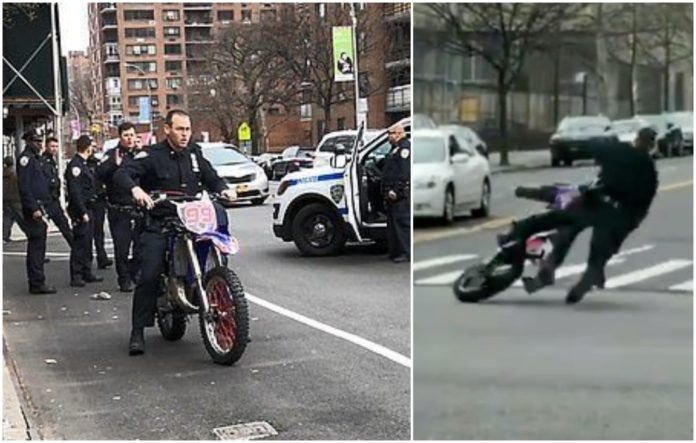 An NYPD officer who recovered an abandoned dirt bike in Harlem Sunday afternoon fell off when he attempted to ride it back to the local precinct.

Police say the officer found the bike at Lenox Avenue and 135th Street about 6 p.m. and apparently attempted to ride it back to the 32nd Precinct stationhouse about a block away,

Instead, he immediately lost control of the bike, narrowly missing a car, and was then thrown from it into the intersection.

The bike also skidded into another car.

The officer was treated for a minor leg injury at a local hospital.

The incident is under internal review by the NYPD.

NYPD Cops Crashes Seized Dirtbike in the Middle of the Street pic.twitter.com/aMILDUBuuR