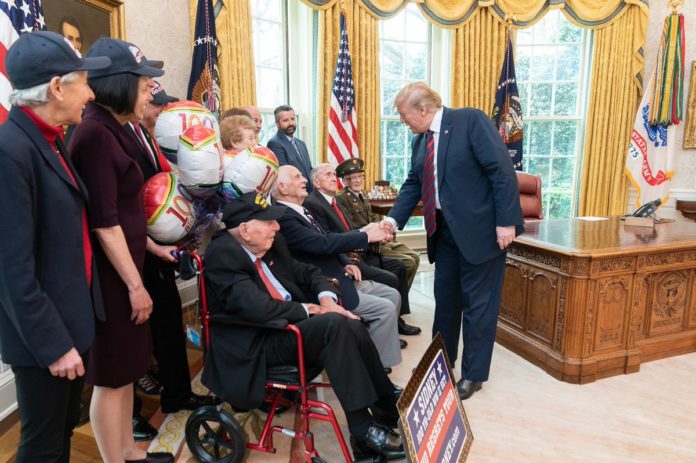 One of the men, 101-year-old Floyd Wigfield, of Cumberland, Maryland, managed to win a promise from the president for a return flight on Air Force One following this June’s ceremony marking the 75th anniversary of D-Day and the Battle of Normandy.

Trump had met Jones at a Veterans of Foreign Wars convention last year and Jones, of Cranston, Rhode Island, asked to spend his birthday with the president. Trump looked happy to oblige, joking with the men and their families, and asking each one to say a few words.

When one of the guests presented Trump with a hat and suggested he tweet about it, the president deadpanned: “I don’t tweet that much.”

Sidney Walton, 100, of San Diego, and a medic in the war, told the president he joined the Army to fight Hitler, prompting Trump to reply: “That was a good reason.”

Walton is on what his family called the “No Regrets Tour,” a personal mission to visit all 50 states and the White House to educate Americans about World War II veterans.

Paul Kriner, 103, of Chambersburg, Pa., told the president he participated in 517 days of combat. The president told him he didn’t look a day over 90.

Kriner and Wigfield are working with the Greatest Generations Foundation, which provides veterans with the chance to memorialize their stories and find closure by returning to visit where they served. 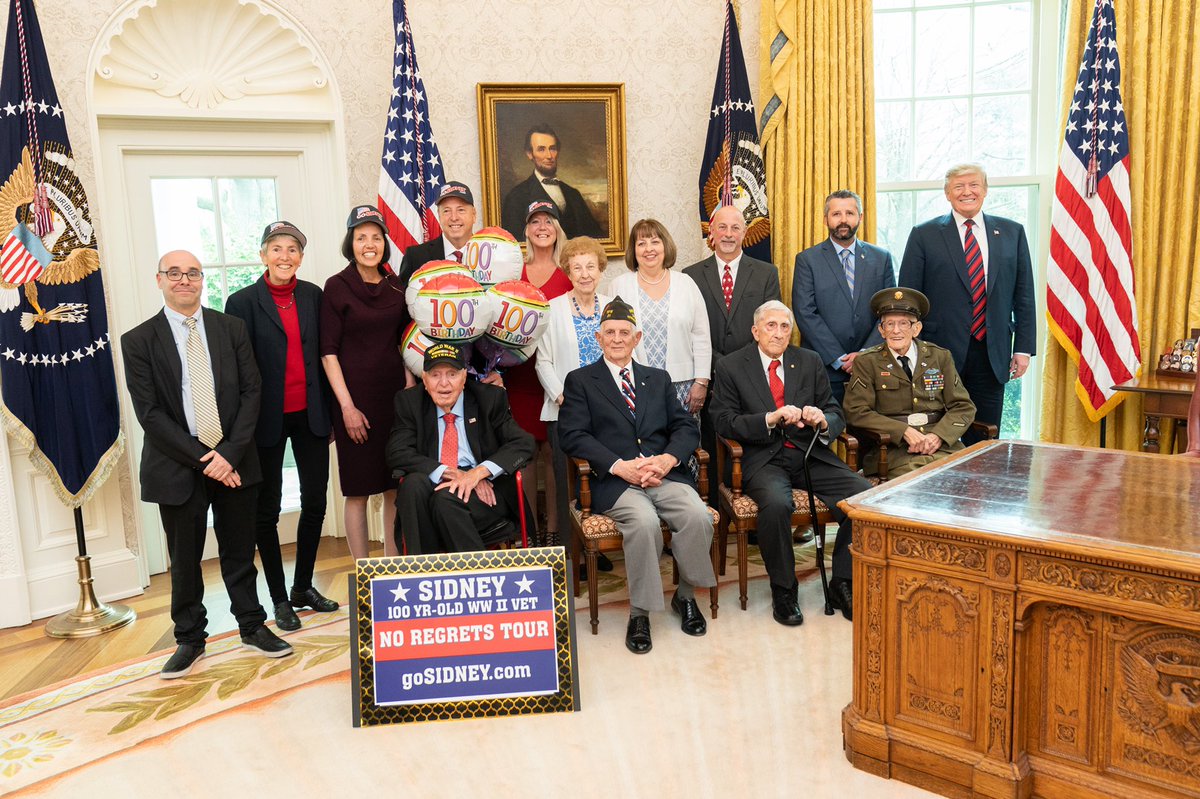