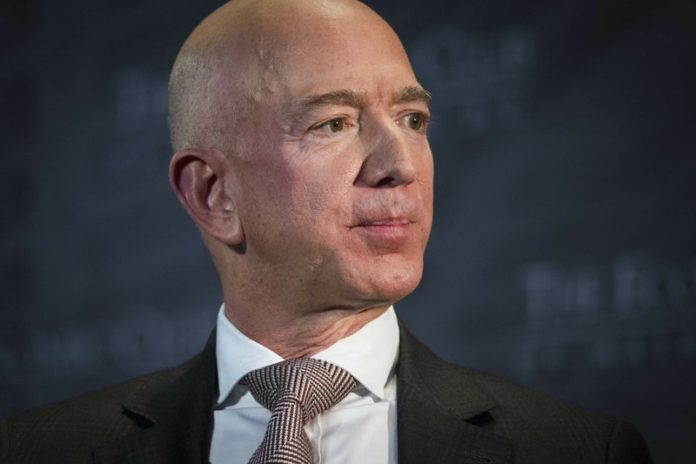 Amazon’s Jeff Bezos challenged other retailers to raise wages and improve benefits for their employees, saying the competition will help everyone.

Bezos covered a wide range of topics in his annual letter to shareholders Thursday that was released on Twitter and filed with the Securities and Exchange Commission .

“Today I challenge our top retail competitors (you know who you are!) to match our employee benefits and our $15 minimum wage,” Bezos wrote. “Do it! Better yet, go to $16 and throw the gauntlet back at us.”

Late last year, the Seattle company jumped ahead of many rivals by raising its minimum wage for U.S. workers to $15 an hour. That pay hike was not universally praised by all workers, who said the company cut two employee benefits as well: monthly bonuses and the chance to own some of Amazon’s sky-rocketing stock.

Amazon did make some adjustments afterward to ensure workers were getting a raise.

Target and Walmart have increased starting wages for workers over the past few years as the job market grew hotter and people could find better pay and benefits elsewhere. Target Corp. said last week it would raise the minimum hourly wage by a dollar in June to $13 per hour, the third pay hike in less than two years.

The Minneapolis retailer has said it plans to raise starting hourly wages to $15 by the end of 2020.

Walmart, based in Bentonville, Arkansas, raised its starting pay to $11 an hour in early 2018.

And it appears Amazon, well-known for giving low priority to the short-term growth interests of Wall Street, will continue taking big risks if it sees a potential pay-off in the long run.

In his letter Thursday, Bezos said Amazon’s Fire phone was a failure, but that its Echo and Alexa smart speakers have been tremendously successful.

Bezos said one “big winning bet” can cover the cost of the clunkers, and that calculus has been playing out at Amazon.