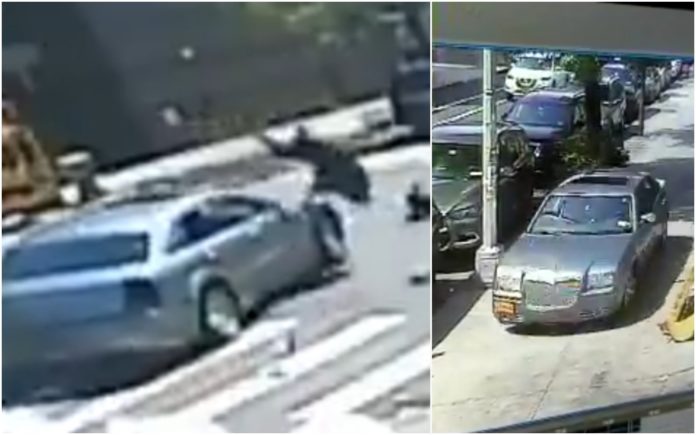 A hit-and-run driver struck a pedestrian at Lee Avenue and Middleton Street in Williamsburg on Wednesday afternoon.

The car was then seen driving on the sidewalk at Franklin and Park Avenues to avoid being caught.

The woman, who is pregnant, was treated by Hatzolah and taken to the hospital in stable condition.

Williamsburg Shomrim and the NYPD later found the vehicle but were searching for the driver.

Video: Driver who struck the pedestrian at Lee Ave x Middleton st is driving on the sidewalk on Franklin Ave x Park Ave to avoid being caught. pic.twitter.com/keQg3V1plJ