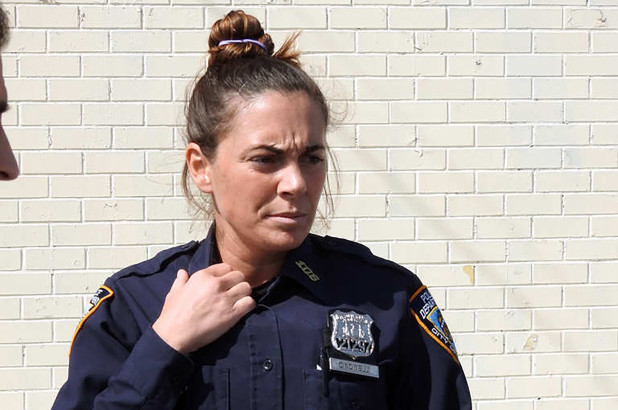 A New York Police Department officer was charged Friday with plotting to kill her estranged husband, the result of an elaborate sting operation by investigators using a fake photo of his slaying.

Valerie Cincinelli, an NYPD officer since 2007, was held without bail following her arrest on federal murder-for-hire charges. A criminal complaint accuses her of asking a confidential FBI informant to help her find someone to kill the husband and a 12-year-old girl – believed to be the daughter of her current boyfriend.

According to court papers, Cincinelli, 34, agreed to give the informant $7,000 to hire a hitman. After a local detective went to her Long Island home on Friday to make a phony notification that her husband had been found murdered, the informant recorded her cooking up an alibi, the papers say.

Later in the morning, “an FBI agent, posing as the hitman, sent a text message to the (informant) which included a photograph of the defendant’s estranged husband appearing dead in his car,” the papers say. “In response, Cincinelli instructed the (informant) to delete the text messages and photographs, citing her fear that law enforcement could subpoena the phone.”

Court papers say Cincinelli and her estranged husband had orders of protections against each other, and that she knew the informant from their own “volatile” history. Before her arrest, the NYPD had put her on desk duty for breaking various department rules, they add.

The officer’s attorney, Tracey Gaffey, declined on Friday to discuss the case.