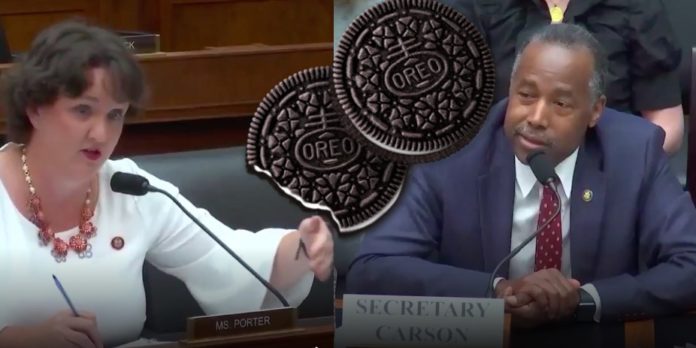 Housing and Urban Development Secretary Ben Carson appeared to think Rep. Katie Porter (D-CA) was questioning him about Oreo cookies during his congressional testimony, when she was in fact asking him about foreclosure properties. CNN’s Erin Burnett speaks with Porter about the exchange.

.@SecretaryCarson can’t distinguish between a cookie and a home that’s been foreclosed on. Luckily, @RepKatiePorter was able to school him on the difference. https://t.co/Rh1ETeCZDw

One of Trump's weirdest decisions was making a world renowned surgeon the head of Housing instead of making him Surgeon General or putting him in charge of Health and Human Services. Just makes no sense at all. https://t.co/PG1pt7EBbv