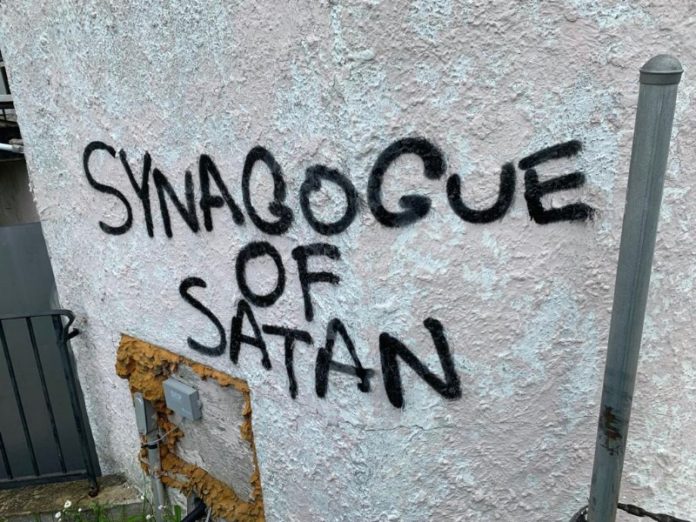 Hate has once again reared its ugly face in NYC, this time in Staten Island.

Hateful messages were found scrawled on the two Jewish locations.

The words “synagogue of Satan” were found painted on the Chabad of Staten Island Shul, located on Harold Street.

Across the street, the letters “SOS” were written with spray paint on the Yeshiva Zichron Paltiel of Staten Island.

The Rov of the Chabad Shul, Rabbi Moshe Katzman told SILive that he believes the crime was done around midnight Wednesday / Thursday.

Recently, there was hateful messages in Staten Island, when homeowners places signs in their gardens which said “Westerleigh Strong”. That was a message to homeowners from selling their homes to Orthodox Jews who have recently been moving into the area. 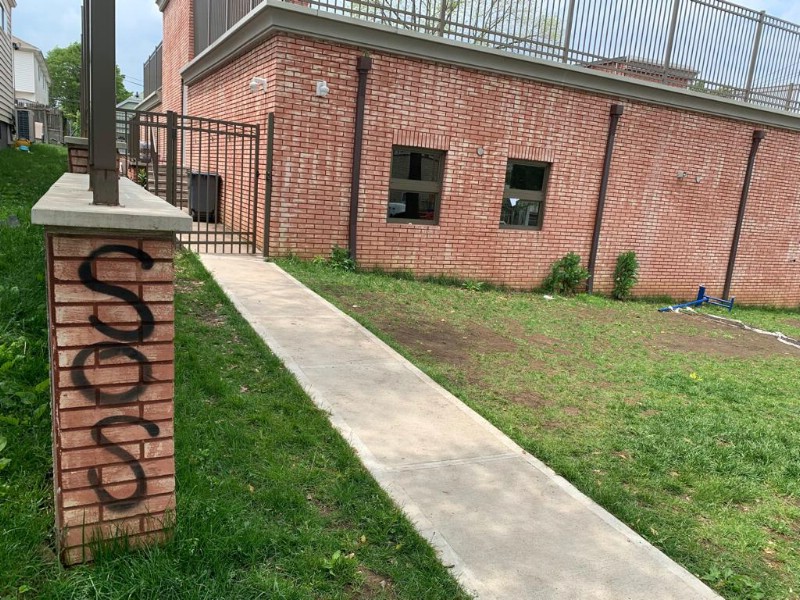 .@NYPD121Pct along with @NYPDHateCrimes are on scene investigating a #HateCrime where hate messages were sprayed at a local #StatenIsland Yeshiva, our #Shomrim volunteers also on scene to assist. #SayNoToHate #StopTheHate pic.twitter.com/yJoSnWjsGo

Spent my morning teaching the Holocaust to 4th and 5th graders and my afternoon covering anti-Semitism in Meiers Corners.

“Synagogue of Satan” was written on the yeshiva next to the Chabad of Staten Island.

PHOTOS: Elected officials and community activists met to cleanup and condemn anti-Semitic graffiti at #Chabad in #StatenIsland and a nearby Yeshiva #newyorkcity #nyc #antisemitism