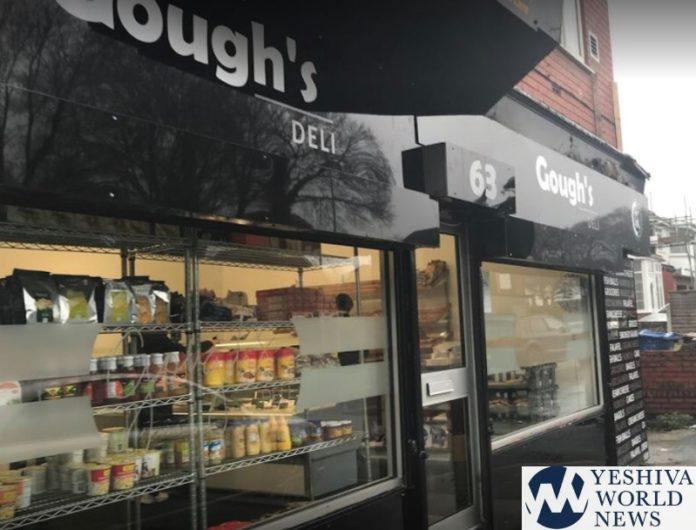 This past Monday, YWN received two letters from the Beis Din in Manchester, England notifying consumers that a hechsher of the Gough Deli in Manchester was being removed effective immediately. It was due to allegations of non-Kosher meat seen in the establishment. On Tuesday morning, shock spread through the community when word spread that the owner of the establishment was found dead. Police are investigating the circumstances.

The letter received by was signed by Dayan Yehudah Asher Steiner. The letter was verified by YWN to be authentic.

The ruling extended to all items bearing the Gough label that were delivered outside the store as well, including catered events, synagogue functions, etc.

It seems that the hechsher was removed by the Manchester Beis Din on account of non-kosher meat items (livers) brought into a different store owned by the same owner located in Liverpool, England. Liverpool is located some 34 miles due west of Manchester. 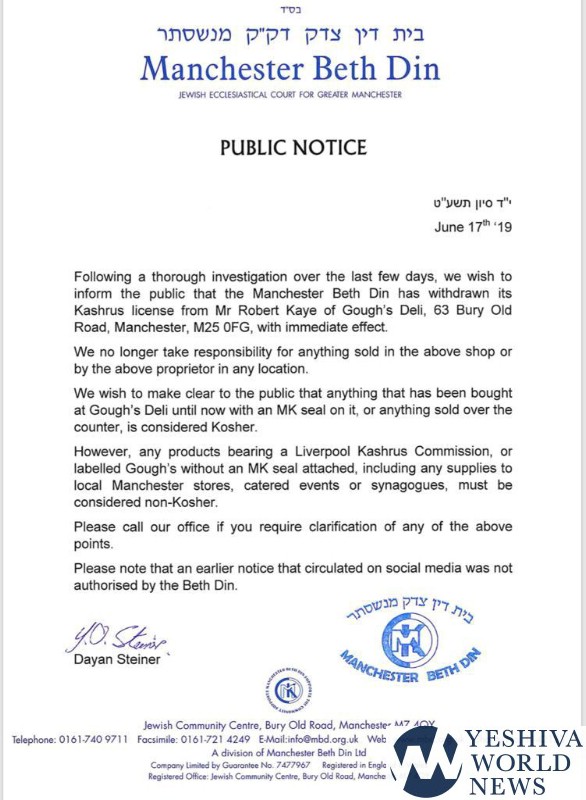 In a different letter issued by the Liverpool Kashrus Commission, the hechsher of Roseman’s Deli, owned by the same owner as Gough Deli was modified but not removed.  The modification only allowed for pre-packaged foods to be sold in the store. No fresh products will be allowed to be produced in the Liverpool deli. 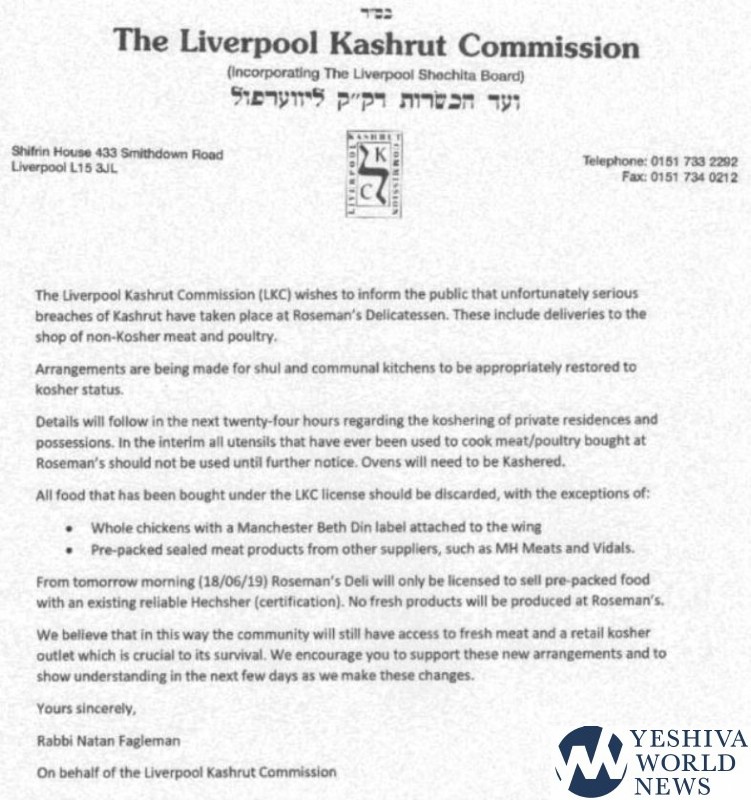 The letter further encouraged support and understanding of the new arrangement.

There has been an international trend it seems of fraudulent activity in matters of kashrus in the past few years.  Recently, there has been fraud at a location in Antwerp, Belgium wear a man posing as Chareidi was selling meat items with falsified Kashrus certificates.  In Johannesburg, South Africa, and Los Angeles, California in the past few years there were also cases of sneaking treif meat in a store with a legitimate hechsher.

One Kashrus expert remarked to YWN, “The possibility and potential for fraud in the Kashrus industry is not insignificant.  The profit potential is huge and the Kashrus agencies must be effectively trained in order to take preventative measures.  AKO, the Association of Kashrus Organizations, should interview the Kashrus Organizations that became aware of this fraud – learn what they can from these incidences and create a fraud detection seminar before the next convention. This is critical.”