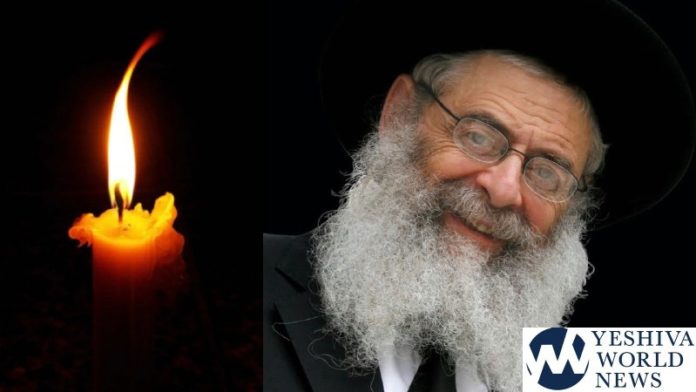 YWN regrets to inform you of the Petira of the HaRav Dovid Trenk ZATZAL.

Reb Dovid was sick for the past few months and was hospitalized the past week. He was Niftar at his home on Sunday afternoon.

The Levaya will be held on Monday morning at 10:30AM in Rabbi Gissinger’s Shul, 175 Sunset Rd, Lakewood NJ. The Kevura will be at Mount Lebanon Cemetery, 189 Gill Ln, Iselin NJ.

Reb Dovid touched the lives of thousands upon thousands of people, as he dedicated his entire life to Chinuch and bringing Yidden closer to Hashem.

Many lovingly called him Rebbe and the enormous adoration everyone shared for him is impossible to put into words.

If you have seen Rabbi Trenk enthusiastically interact with people you would have become a changed person, watching as he treated everyone with the same boundless love and affection, a love born out of his association with his Rebbe, the Kapyschnitzer Rebbe Z’TL who came to influence him in his youth.

Rabbi Trenk was the original trailblazer in chinuch. Decades before there was an OurPlace, The Minyan Shelanu, The Living Room, Waterbury Yeshiva, Reb Dovid was out on the front lines recruiting and inspiring boys, often those shunned or disappointed by others or society.

Unconditional support, encouragement, understanding and ‎love that created a unique connection and bond with Hashem, his Torah and Klal Yisroel. That was Reb Dovid Trenk’s method. Reb Dovid looked for the talent and kishronos in each child and found a way to build up their self-esteem. Sports, music, art, anything it takes.

Rabbi Trenk, the energetic, inspiring, super human would come to shape so many lives, save so many souls in ways that one can not begin to fathom. Many books will need to be written to properly capture the sheer volume of stories of this Tzadik.