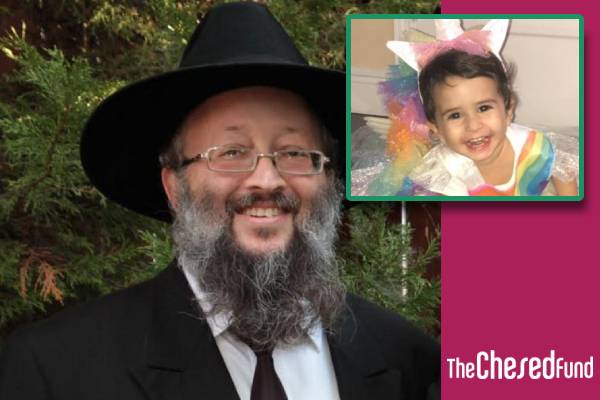 When Eliana Cohen’s family started a Chesed Fund less than a week with the goal of raising $2.2 million in less than a week, it seemed like an impossible task. Eliana suffers from a rare genetic disease, and the miracle drug that could save her life with a single dose had an astronomical price and a looming deadline.

Eliana turns two this Friday, and the FDA only approves the medication for babies younger than that. Two million dollars in a week. Was it possible?

Klal Yisrael proved we didn’t need a week. The funds were raised in three days.

When we saw the trajectory of this campaign, we stepped into high gear. The Chesed Fund was averaging 45 donations a minute, so we had our entire team standing by. Adding servers to handle the load, developers monitoring the situation constantly, and support staff assisting the 23,000 people who contributed to the campaign.

$2.2 million raised commission free. That’s over $100,000 in fees saved for the family, assuming a 5% commission that other platforms might charge. Our goal is to allow every dollar our fundraisers raise to go directly towards the medication, assistance, and support that their recipients so desperately need.

The size and scope of this campaign marks a new milestone for The Chesed Fund. I could not be more proud of being part this incredible enterprise – and of Klal Yisrael who proved just how far we’ll go for our fellow brethren, even if we’ve never even met them before.

Miracles can happen. We see them every day on The Chesed Fund.

Create your own fundraising campaign instantly on The Chesed Fund today.