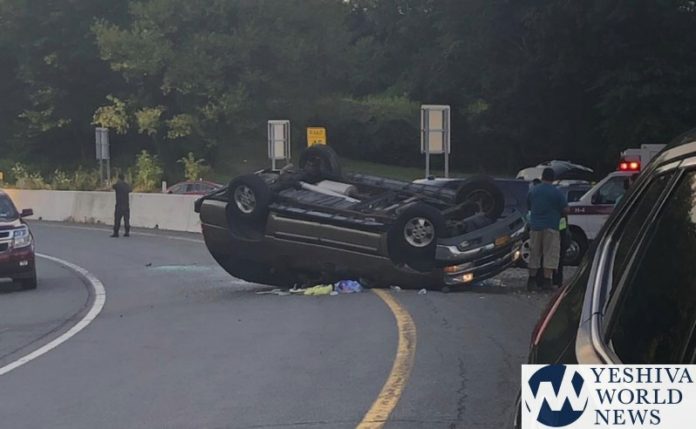 A Jewish family was injured after the vehicle they were travelling in overturned near Monsey, Thursday evening.

It happened on the off ramp from the Garden State Parkway heading onto the NYS Thruway at around 6:45PM.

Monsey Hatzolah and local EMS responded to the scene and treated the victims.

Five children were in stable condition, while their mother suffered moderate injuries.

She was rushed by Hatzolah to the Westchester Trauma Center in Valhalla.

Sources tell YWN that it was miraculous that the injuries were not worse. 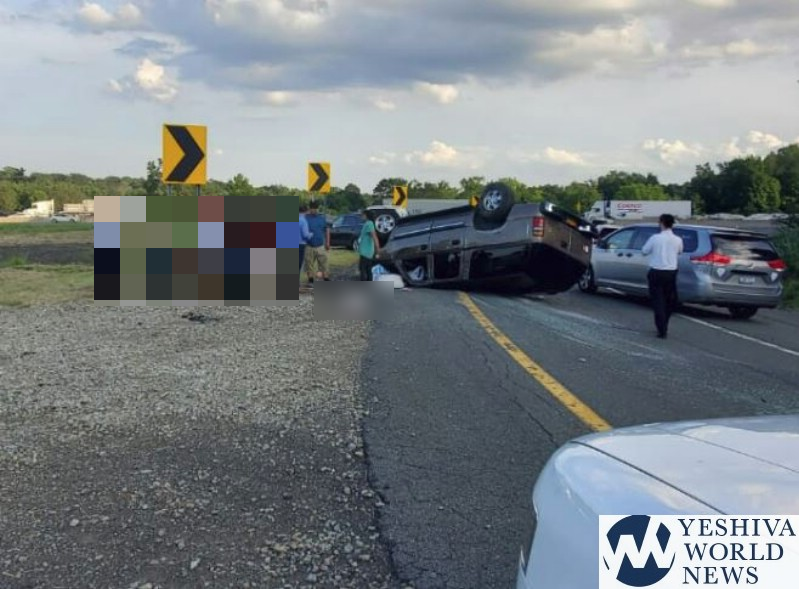 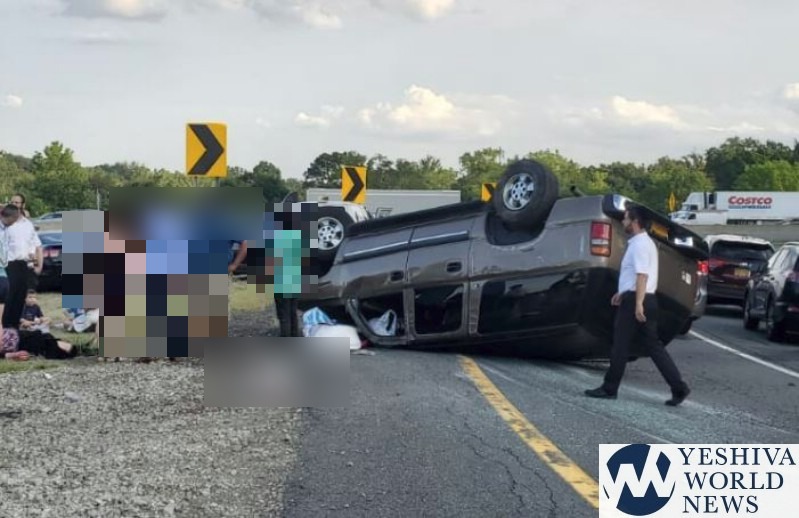 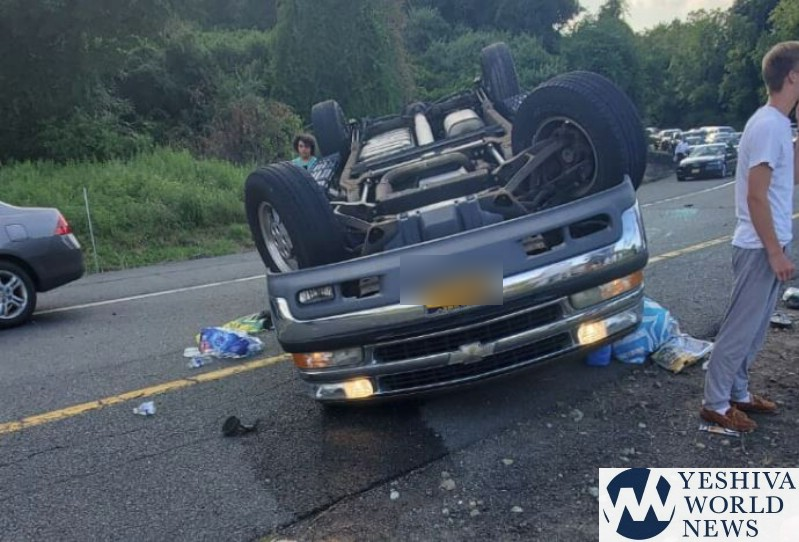