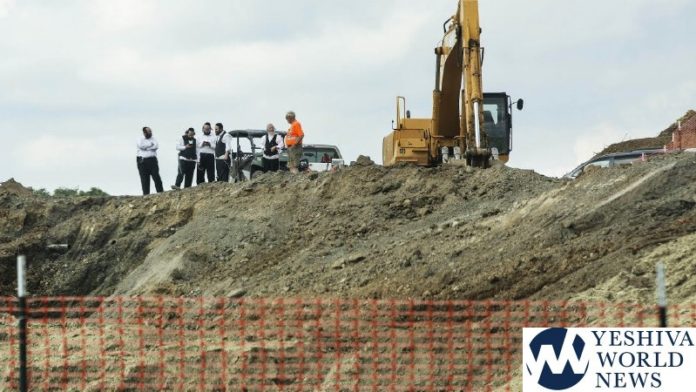 One hundred and fifty years ago, Chester, New York, was the birthplace of cream cheese, bringing harmony and pleasure into the world.

Now, Chester, New York, lying sixty miles north of New York City, it is a source of bitter controversy. Some Chassidishe developers (and others too) wish to build a 431 unit development – to be called “the Greens at Chester.” There would be tennis courts and a recreation center. The homes would range between 2500 and 3400 square feet.

But to the residents and town officials of Chester – such large square footage spells one statement: “Hasidim are a comin!”

“Look at the density. Look at the size of the units. Look at the location – sixty miles from Williamsburg. It’s only half-way to the Catskills. There is no question that it is intended for Hasidim,” remarked Mark L., a former resident near the area.

“There’s nobody that wants this development to go through,” Alexander Jamieson, the former town supervisor of Chester, said at an explosive public meeting back in May of 2018. “There’s nobody.” Jamieson was forced to resign after being charged with 23 felonies including Grand Larceny.  Jamieson’s charges had nothing to do with the development project.

The current developers purchased the land in 2017 for twelve million dollars – with many of the approvals necessary to move forward, such as permission to clear the land and build roads. Since then, town officials have placed obstacle after obstacle in their path. The town has placed restrictions on the house sizes, delays in building permits and a request to move the main road by ten feet. There were also delay tactics suggested, such as retesting the water, denying sewer permits, and others.

Chester residents at that meeting spoke of a fear that Chester can one day become the new Kiryas Yoel. It was these statements and others that prompted the developers to file a federal lawsuit against the town – alleging discrimination. The $100 million lawsuit alleges violations of anti-discrimination laws, violations of the Fair Housing Act, and breach of contract. The lawsuit was filed in July of 2019.

At a previous meeting, a former town supervisor said, “We can pressure the developer to either go commercial, which I think we should do, or we can buy it. If you want to pay a little bit more to save the town, that might be an option.”

Justin Rodriguez, a spokesman for the county executive, told the New York Times that it appeared that the developers “are using litigation in an attempt to silence public officials from expressing the concerns of their constituents.” He added that the lawsuit against the county had no merit, “and we will vigorously oppose it.”

If the project does end up going through, Chester may undergo a different change. It could be that after 150 years, one will soon be able to purchase cholov yisroel cream cheese in the city of its birthplace.