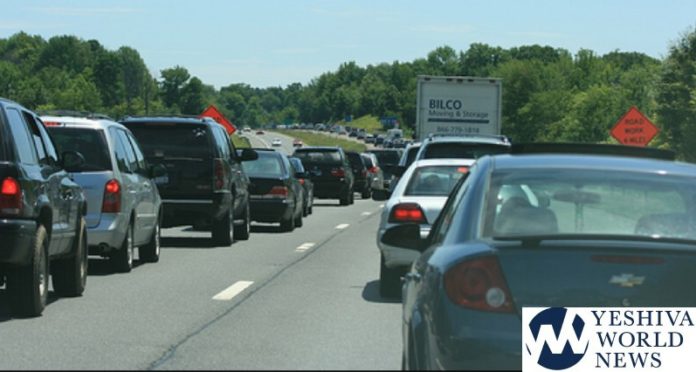 There is some confusion regarding the upcoming Woodstock Festival, and YWN reports about a possible traffic nightmare.

YWN has received more than a hundred emails informing us that “Woodstock has been cancelled, and there will be no traffic heading to the Catskills this weekend. To explain to our readers what the confusion is about, YWN has compiled the following:

The event was originally supposed to be held at Watkins Glen International racetrack in Watkins Glen, New York August 16 – 18. Issues with the event’s chief investor, Dentsu Aegis Network led to an announcement from the firm in April that Woodstock 50 was canceled. Subsequent attempts to host the festival at Vernon Downs and Merriweather Post Pavilion in Columbia, Maryland, failed.

The event in Sullivan County is on schedule, and will take place. There will be four consecutive nights of events, beginning Thursday, at Bethel Woods Center for the Arts, which sits on the original festival site.

Officials are expecting upwards of 100,000 visitors to Bethel for the weekend.

As you may be aware, the upcoming Shabbos Nachamu/Visiting Sunday weekend in the Catskills is expected to bring an influx of visitors and traffic to the Catskills region. Additionally, the County has a few large events planned – including the 50th Anniversary of Woodstock – all of which are expected to contribute to the increase of traffic in the area, especially on Route 17 (from the Harriman Toll Plaza until Exit 104) and Route 17B in Monticello and White Lake.

If you find yourself on Route 17 close to Shabbos, and you won’t arrive in the Catskills before Shabbos, Catskills Hatzalah has made arrangements in Kiryas Yoel as well as in Bloomingburg (Exit 116).

For those in the White Lake and Kauneonga Lake area: We strongly encourage you to do all of your shopping by Thursday evening, as there may be intermittent road closures in those areas. The State Police have also warned that parking will not be permitted on all roads in the Town of Bethel (including White Lake, Kauneonga Lake, and part of Swan Lake) for the duration of the weekend. All cars that are parked on the road (including on the shoulder) will be towed immediately. The town has contracted with numerous tow companies to ensure that the roads remain unimpeded.

Catskills Hatzalah will be in constant contact with the County Officials throughout the weekend and will have additional ambulances and other resources strategically placed throughout the region to ensure a quick response to all medical emergencies.

We wish you and your family a safe and peaceful Shabbos Nachamu in the Catskills.

The New York State Police is expecting unusually long traffic delays in Sullivan County coinciding with the 50th anniversary of the Woodstock Festival at Bethel Woods. Traffic will heavy on Rt-17 and Rt-17b beginning Thursday August 15 through Sunday August 18.

Additionally, heavy traffic at ST-17 exit 104 westbound may necessitate detours being put into place and motorists should be aware of alternate routes to camps and plan for these detours and heavy traffic accordingly. 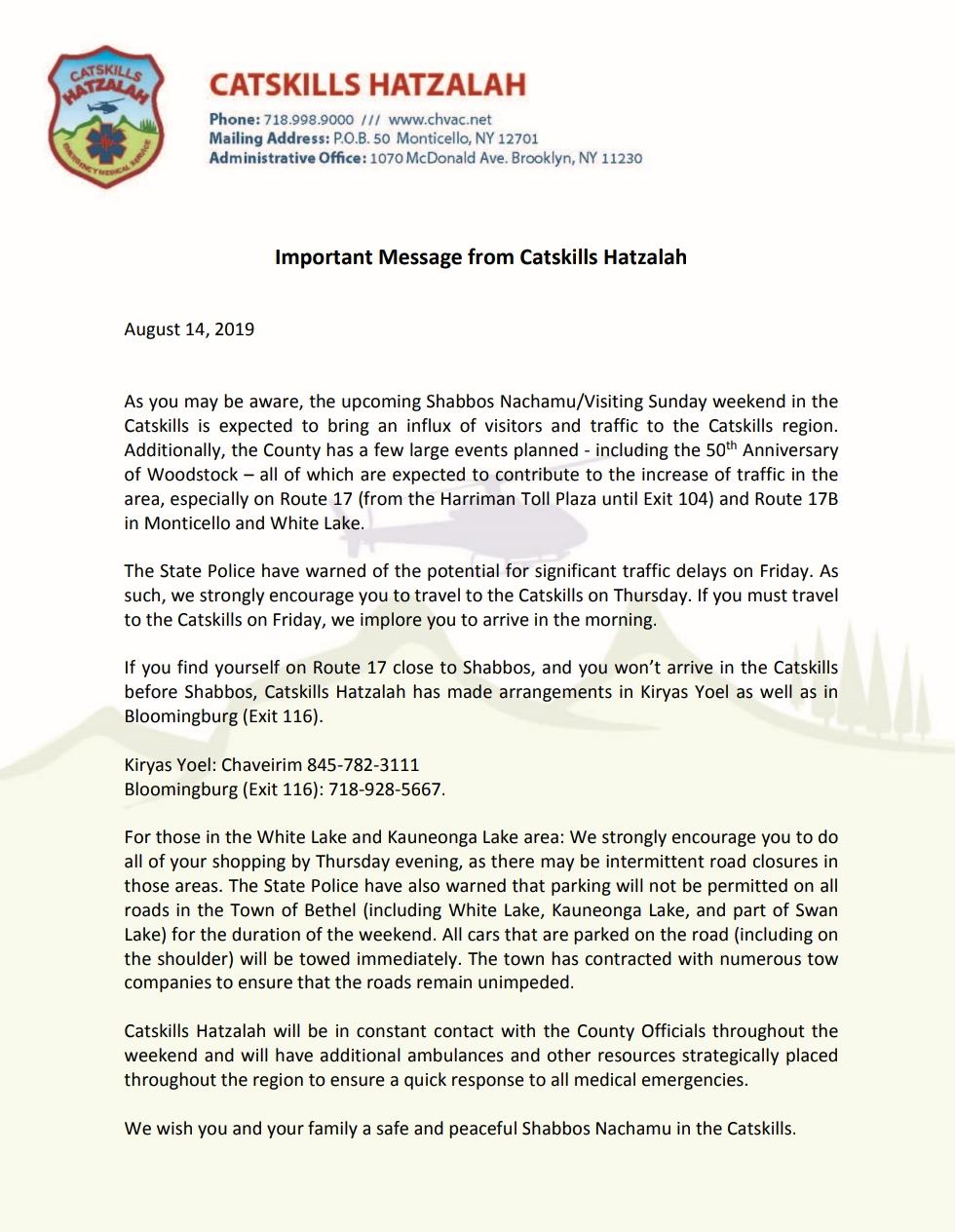