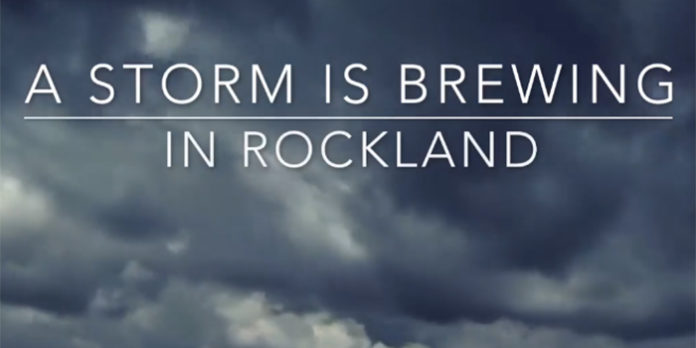 The Facebook page of the Republican Party in Rockland County caught the attention of New York’s top prosecutor with a video message against a multi-family development that has been deemed as anti-Semitic by members of the Jewish community and others.

The video, which has since been removed from the Rockland County Republican Party Facebook page, featured graphics and ominous music, warning “A storm is brewing — overdevelopment.”

The video appeared to point the finger at the county’s Hasidic Jewish community without actually naming it.

State Attorney General Letitia James condemned the video, calling it “despicable” and “deeply disturbing.” She demanded it be removed.

The Republican Party of Rockland Cty has the audacity to put out this vile trash that amounts to “the Jews are taking over” with “Jewish money and power”!

I expect Dems but more so Republicans to denounce this in full force! pic.twitter.com/5QrZ6uakZK

The video accused county Legislator Aaron Weider, who is Hasidic, and his “Ramapo bloc” of plotting a takeover.

Recently, tensions flared over a proposed Hasidic enclave on 27-acres of land on the Clarkstown-Spring Valley border.

Rockland County Executive Ed Day determined the content was factual, but the tone and undercurrent were unacceptable. He requested that his party remove the video.

The anti-Semitic video from the Rockland County GOP is deeply disturbing. They must remove & condemn it. Saying that members of the Jewish community are a threat to families, our safety & that they must be stopped is despicable.

We must all stand together to denounce this hate.

“This video is the latest example of the politics of division and hate permeating the nation and it must be called out. Every single member of New York’s GOP must openly denounce this hateful rhetoric immediately and make clear that we will not tolerate this despicable behavior.”

“The video created and shared on social media by the Rockland County Republican Committee is not just disturbing, it is disgusting. This type of attack and incitement against the Hasidic community is the very definition of discrimination and anti-Semitism. I condemn it in the strongest possible terms.

“There is no excuse for anti-Semitism masquerading as concerns over zoning or development. While this video has since been removed, its impact will still be felt by the members of the Jewish community targeted by their own neighbors. This video is the latest example of the politics of division and hate permeating the nation and it must be called out. Every single member of New York’s GOP must openly denounce this hateful rhetoric immediately and make clear that we will not tolerate this despicable behavior.

“In New York, we must continue to stand united and not let this hatred and rancor poison our nation.”

“The video posted by the Rockland County Republican Party to their Facebook page has set a troubling tone for a necessary conversation about over-development in our county. While the content of the video is factual, the tone and undercurrent is unacceptable. Having listened closely to the concerns raised by residents and community leaders, I have contacted GOP Chairman Lawrence Garvey to request its removal and he assured me that he will. As I have demonstrated, I have a great deal of respect for our Jewish neighbors and want them to know that as their County Executive I will always stand up against hatred. That said, the concerns raised about over-development are accurate, well-grounded and desperately need to be addressed, but this must be done in a way free of rhetoric and rancor.“

Claiming antisemitism is easy. Ignoring a serious problem in Rockland is not. While I appreciate the Attorney General’s concern over a video, I hope she will take a closer look at the real problem of over-development and corruption that is plaguing our county. For those not living in Rockland, it is harder to see a real and unique problem that exists here. They do not live with the burden that comes with over-development and the risk it is to our first responders. This is not and has never been a religious issue. This is also not a Republican or Democrat issue. It is a matter of right and wrong. It is about the greed of a handful of elected officials who wish to yield their power over an entire county. Much like with the situation facing the East Ramapo School District, if the facts are not brought to the forefront nothing gets done and our residents and children suffer.