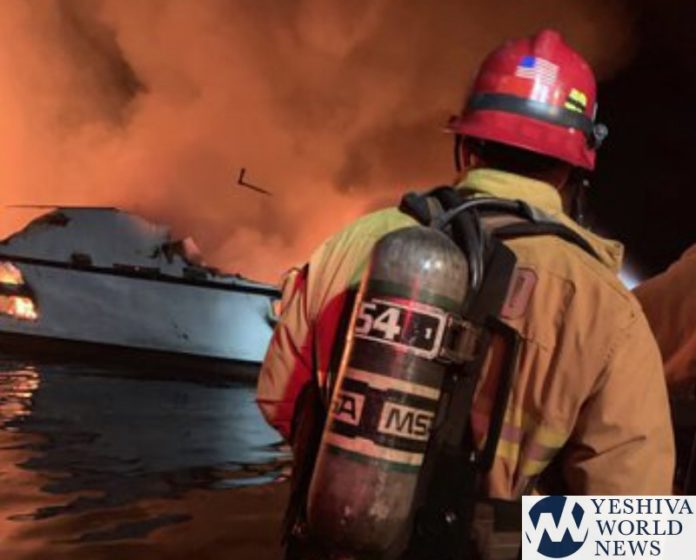 An unexplained inferno raged through a dive boat anchored near an island off the Southern California coast early Monday, leaving at least four people dead and more than two dozen others missing after the gutted vessel sank.

Four bodies were recovered within hours and all had injuries consistent with drowning, said Coast Guard Lt. Cmdr. Matthew Kroll.

The tragedy occurred aboard the vessel Conception sometime around 3 a.m. off Santa Cruz Island, part of a chain of rugged wind-swept isles that form Channel Islands National Park in the Pacific Ocean west of Los Angeles.

The Coast Guard said the vessel was believed to have carried 38 people, including five crew members who jumped off soon after the fire ignited.

“The crew was actually already awake and on the bridge and they jumped off,” Rochester said.

"I CAN'T BREATHE" — CHILLING AUDIO: Listen to the "Mayday" call from the burning boat off the coast of California that has taken the lives of 34 – https://t.co/hLoUb4AP7z 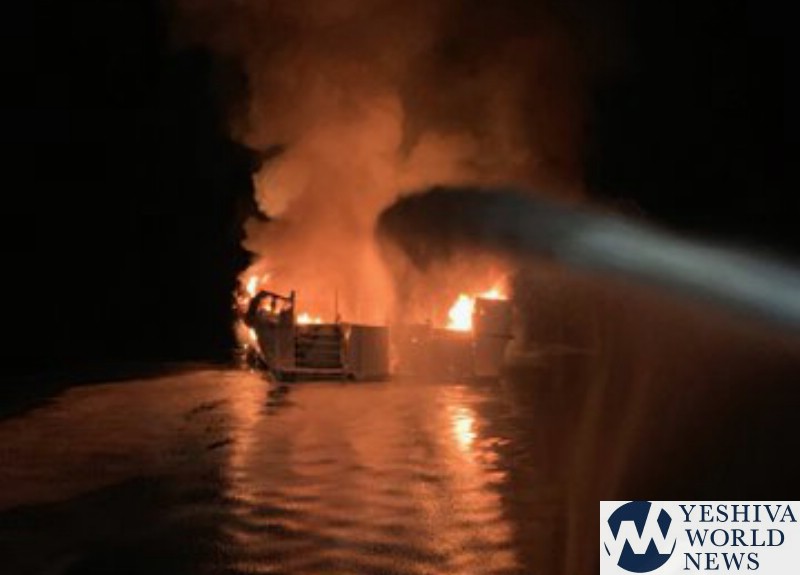 Authorities said the crew members were rescued by a good Samaritan vessel called The Grape Escape.

Asked if the crew tried to help others aboard, Rochester said, “I don’t have any additional information.”

A woman who came to the harbor said, “My son was on that boat.” She was led away by a Ventura County firefighter.

Rochester said the 75-foot (20-meter) commercial scuba diving vessel was anchored in Platts Harbor, about 20 yards (18 meters) off the northern coast of Santa Cruz Island, when the fire ignited.

She said the vessel sank in 64 feet (19.5 meters) of water but its bow was still visible above the waterline.

#CoastInc: @VCFD responded to boat fire off the north side of Santa Cruz Island at approximately 3:28am. @USCG helping support rescue operations for people aboard a dive boat. #ChannelIslands @USCGLosAngeles @CountyVentura @SBCOUNTYFIRE pic.twitter.com/DwoPGfBjtA

The Conception, based in Santa Barbara Harbor on the mainland, was on the final day of a Labor Day weekend cruise to the Channel Islands when the fire erupted.

“At 3:15 this morning the Coast Guard overheard a mayday call. The call was garbled, it was not that clear, but we were able to get some information out of it to send vessels on scene,” Barney said.

The Conception was chartered by Worldwide Diving Adventures, which says on its website that it has been taking divers on such expeditions since the 1970s. It was owned and operated by Truth Aquatics, a Santa Barbara-based company founded in 1974.

Asked if the boat operator has a history of any violations, Rochester said, “The vessel has been in full compliance.”

A 2016 inspection resulted in owners replacing the heat detector in the galley and one in 2014 cited a leaky fire hose.

The National Transportation Safety Board dispatched a team to investigate.

The Conception had departed at 4 a.m. Saturday with plans to return at 5 p.m. Monday.

Divers sleep in a single room of bunk beds, according to a diagram of the Conception posted on Truth Aquatics’ website.

The website says the vessel, launched in 1981, has rafts and life jackets for up to 110 passengers and exits on the port, starboard and bow that provide “easy water entry.”

The trip promised multiple opportunities to see colorful coral and a rich variety of marine life around the Channel Islands, which draw boaters, divers and hikers.

Five of the eight Channel Islands comprise the national park and Santa Cruz is the largest within the park at about 96 square miles (248.6 square kilometers). 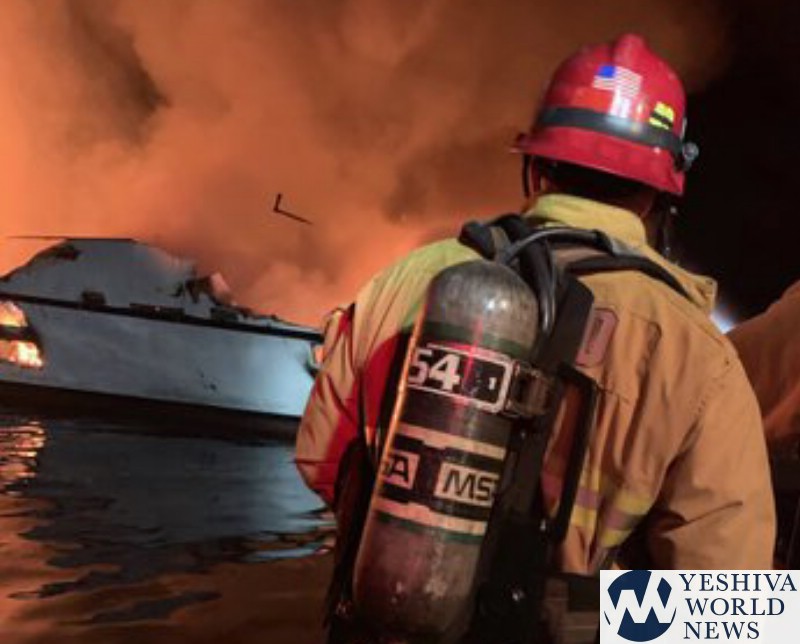 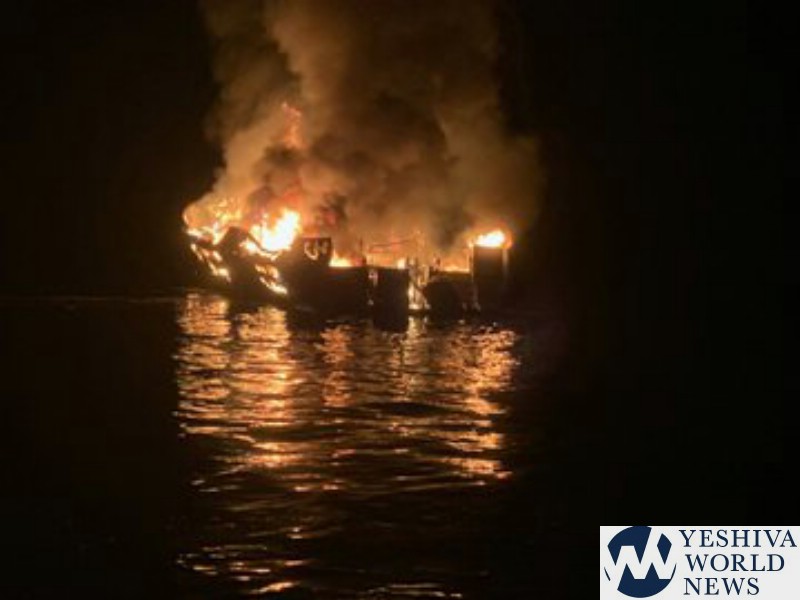 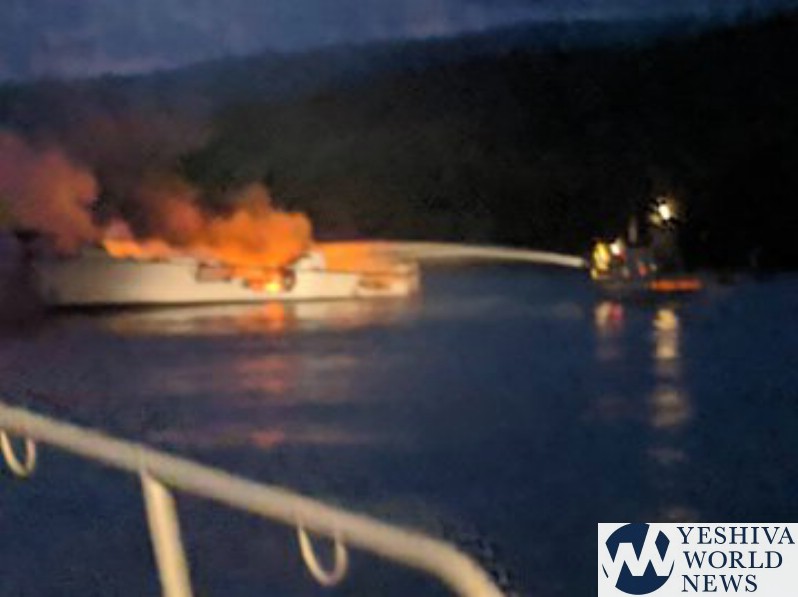