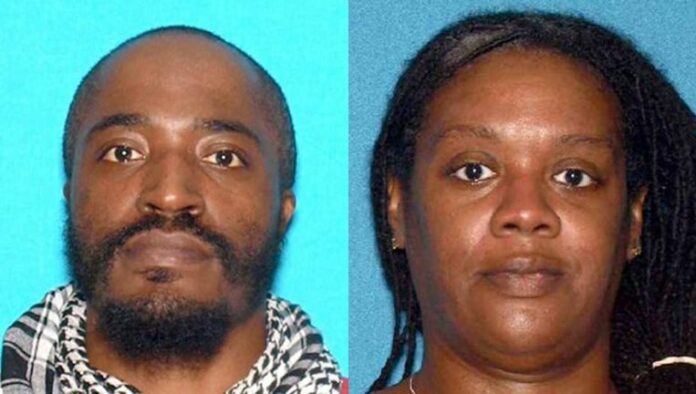 Fears that a deadly shooting at a Jewish market in Jersey City was an anti-Semitic attack mounted on Wednesday as authorities recounted how a man and woman deliberately pulled up to the place in a stolen rental van with at least one rifle and got out firing.

A day after the gunbattle and standoff that left six people dead — the two killers, a police officer and three people who had been inside the store — state and federal law enforcement officials warned they have not established the motive for the attack.

“The why and the ideology and the motivation — that’s what we’re investigating,” New Jersey Attorney General Gurbir Grewal said, adding that authorities are also trying to determine if anyone else was involved.

But Mayor Steve Fulop said surveillance video of the attackers made it clear they targeted the kosher market, and he pronounced the bloodshed a hate crime against Jews, as did New York’s mayor and governor.

Also, investigators believe the two dead attackers — who were thought to be a couple — identified themselves in the past as Black Hebrew Israelites, a movement whose members have been known to rail against whites and Jews, according to a law enforcement official who was briefed on the matter but was not authorized to discuss the case publicly and spoke on condition of anonymity.

In addition, authorities have found social media postings from at least one of the killers that were anti-police and anti-Jewish, the official said. The FBI on Wednesday searched the Harlem headquarters of the Israelite Church of God, which is the formal name of the Black Hebrew group, according to the official.

The killers were identified as David N. Anderson, 47, and Francine Graham, 50 — both of them also prime suspects in the slaying of a livery driver found dead in a car trunk in nearby Bayonne over the weekend, Grewal said. Anderson served about four months in prison in New Jersey on weapons charges and was paroled in 2011, authorities said.

Two of the victims at the store were identified by members of the Orthodox Jewish community as Mindel Ferencz, 31, who with her husband owned the grocery, and 24-year-old Moshe Deutsch, a rabbinical student from Brooklyn who was shopping there. The Ferencz family had moved to Jersey City from Brooklyn. Authorities identified the third victim as store owner Douglas Miguel Rodriguez, 49.

“The report from the Jersey City mayor saying it was a targeted attack makes us incredibly concerned in the Jewish community,” said Evan Bernstein, regional director of the Anti-Defamation League, the Jewish civil rights organization. “They want answers. They demand answers. If this was truly a targeted killing of Jews, then we need to know that right away, and there needs to be the pushing back on this at the highest levels possible.”

The bloodshed in the city of 270,000 people across the Hudson River from New York City began at a graveyard, where Detective Joseph Seals, a 40-year-old member of a unit devoted to taking illegal weapons off the street, was gunned down by the assailants, authorities said. They then drove the van about a mile to the kosher market.

Grewal said that within seconds of pulling up to the market, Anderson got out with a rifle and immediately began shooting, and Graham followed him into the store. He would not say whether Graham had a weapon.

A pipe bomb was found in the van, FBI agent Gregory Ehrie said.

Jersey City’s mayor said it was clear that the killers deliberately made their way toward the kosher market, passing many other possible targets along the way, and calmly and promptly opened fire.

“We shouldn’t parse words on whether this is a hate crime at this point. This was a hate crime against Jewish ppl + hate has no place,” he tweeted, adding: “Some will say don’t call it anti-semitism or a hate crime till a longer review but being Jewish myself + the grandson of holocaust survivors I know enough to call it what this is.”

New York Mayor Bill de Blasio likewise said the attack was a “premeditated, violent, anti-Semitic hate crime,” while New York Gov. Andrew Cuomo called it a “deliberate attack on the Jewish community.” They announced tighter police protection of synagogues and other Jewish establishments in New York as a precaution.

The drawn-out battle with police filled the streets with the sound of high-powered rifle fire and turned the city into what looked like a war zone, with SWAT officers in full tactical gear swarming the neighborhood. The attackers were killed in the shootout with police.

A fourth bystander was shot at the store when the attackers burst in, but escaped, Grewal said. His name was not released.

Chabad Rabbi Moshe Schapiro said he spoke with the survivor at a hospital. “He said the guy next to him fell to the ground,” Schapiro said. “He suffered two gunshot wounds but managed to run out of the store and climb over fences.”

The prospect of attacks against Jews weighed heavily on the more than 300 people who attended a vigil Wednesday night at a synagogue about a mile from where the shootings took place.

“I think maybe we have two parts of our brain,” said Temple Beth-El president Tom Rosensweet. “One part is absolutely not expecting something like this to happen in Jersey City, but the other part knows we have to be careful.”

In the deadliest such attack in U.S. history, 11 people were killed in an October 2018 shooting at a synagogue in Pittsburgh. Last April, a gunman opened fire at a synagogue north of San Diego, killing a woman and wounding a rabbi and two others.

The heartbreak was obvious Wednesday night as thousands of mostly men followed Ferencz’ casket through the streets of Brooklyn hugging and crying. Many prayed.

The kosher grocery is a central fixture in a growing community of Orthodox Jews who have been moving to Jersey City in recent years and settling in what was a mostly black section of Jersey City, causing some resentment.

Mordechai Rubin, a member of the local Jewish emergency medical services, said the small Jewish community has grown over the past three or four years, made up mostly of people from Brooklyn seeking a “nicer, quieter” and more affordable place to live. Next to the store is a synagogue with a school and day care center where 40 students were present at the time of the shooting, he said.

“It’s unfortunate what happened, but we don’t even want to think about what would have happened if they made their way up to the day care or to the synagogue,” he said.

Authorities also warned that several fake Go Fund me pages have popped up purporting to be raising funds for the family of the slain officer, a father of five.