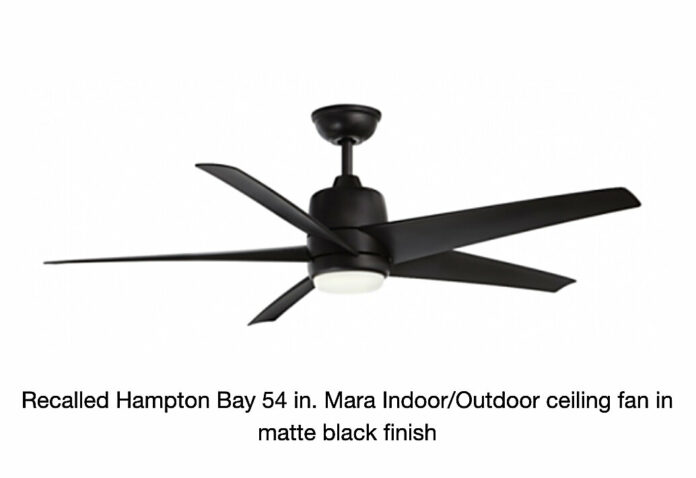 190,000+ ceiling fans are being recalled after customers report the blades fly off while spinning, striking people and causing property damage.

The product was sold at Home Depot stores nationwide and online at homedepot.com from April 2020 through October 2020 for about $150.

Call King of Fans toll-free at 866-443-1291 from 9 a.m. to 5 p.m. ET, Monday through Friday, by e-mail at [email protected], online at www.kingoffans.com/MaraRecall.htm or www.kingoffans.com and click on “Mara Recall” for more information.