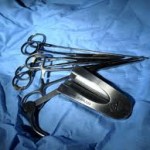 The Norwegian government’s child welfare adviser said Jews and Muslims would stop circumcising children if they learn more about the risks and pain that the procedure involves, JTA reports. New legislation on non-medical circumcision of boys under 18 is scheduled to be introduced before mid-April.

Lindboe, who last year advised Jews and Muslims to replace circumcision with “a symbolic ritual,” also told the paper that non-medical circumcision of pre-teen boys should be outlawed.

“We introduced a law on violence against children even though we had reason to believe that individuals would still be beaten and mistreated,” she said.

“If 15 years is set as the minimum age, we expect Norwegian parents follow and respect the law,” Lindboe added. “I think it’s disrespectful towards minorities to assume that they are going to break the law.”

But Norway’s new Foreign Minister Børge Brende assured senior officials of the Simon Wiesenthal Center (SWC) that “the Norwegian Government recognizes the importance of ritual male circumcision for the Jewish community in Norway…[and] it will not propose a ban on ritual circumcision.”