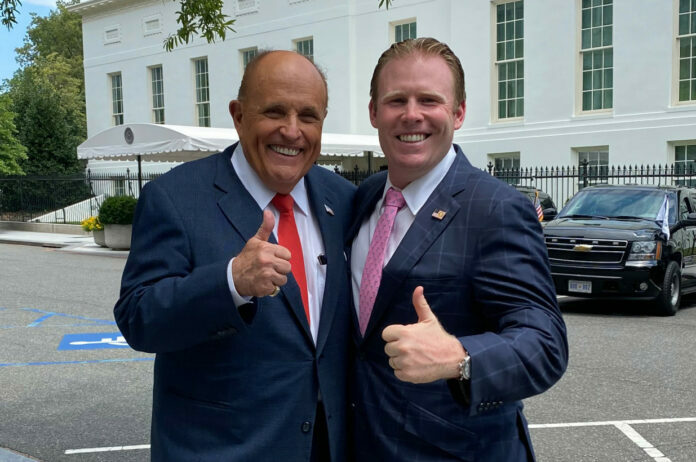 New York gubernatorial candidate Andrew Giuliani was hit in the face with a flower pot as he tried to break up a fight near Penn Station in New York City, the NY Post reports.

Giuliani, 35, the son of former Mayor Rudy Giuliani, said that he saw a man and woman engaged in a violent confrontation as he was walking to a meeting near Penn Station.

“I got between the two of them,” Giuliani said. “He had a flower pot. I think it was intended for her but it hit me on the left side of the face. Thankfully it was a plastic pot and not a clay pot. The soil mostly hit me. But I wan’t expecting it. It was a little bit of a shock.”

Giuliani phoned 911, and police arrived about 15 minutes later, though the suspect had already fled by then.

No arrests have been made over the incident and Giuliani was unable to positively identify the suspect in a police lineup.