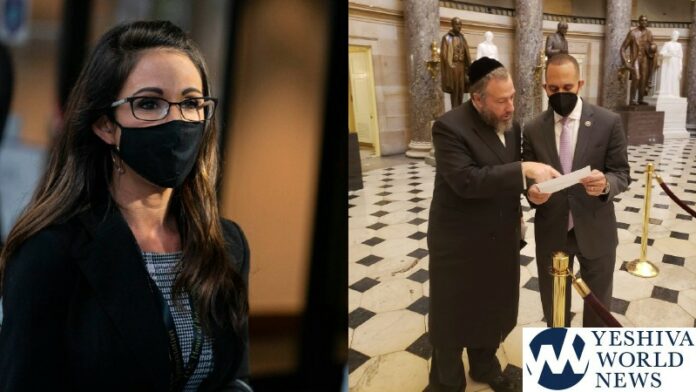 Rep. Lauren Boebert (Republican), who has already been involved in a number of controversies since joining Congress last year, made an apparent anti-Semitic remark towards a group of Jews visiting the US Capitol.

YWN spoke with Ezra Friedlander, who was one of the Orthodox Jews inside the elevator when the incident occurred, and received the following exclusive details.

Friedlander, a Hasidic Jew from Boro Park Brooklyn, who is a professional lobbyist, says that he and a group of people – including another Orthodox Jew – were being escorted by Rep. Tom Suozzi of New York. In the elevator, Boebert looked at them “head to toe” and then asked if they were at the Capitol to do “reconnaissance.”

“You know, I’m not sure to be offended or not,” one of the group members told Buzzfeed News. “I was very confused.”

“When I heard that, I actually turned to the person standing next to me and asked, ‘Did you just hear that?’” he said.

Friedlander tells YWN that Boebert clearly profiled them. “I am not a Rabbi, nor claim to be a Rabbi, but I dress in a long Hasidic grey suit, wearing a Yarmulka and a beard”, Ezra told YWN.

For her part, Boebert said that she was making “a joke” in reference to Democrats’ claims against her that she provided tours of the Capitol to Jan. 6 rioters, and had nothing to do with the group being comprised of Jews.

“I saw a large group and made a joke. Sadly when Democrats see the same, they demonize my family for a year straight,” Boebert said.

“I’m too short to see anyone’s yarmulkes,” she added.

Friedlander told YWN that her response of “being too short to see my Yarmulka”, is pathetic, as I have a long suit and beard and can’t be mistaken for anything else other than an Orthodox Jew.

The attached photo (Ezra with Rep Hakeem Jeffries) was taken less then five minutes after the incident. Friendlander says it is “clear as whistle that I am an Orthodox Jew and she chose to make it her duty to make a disparaging remark”.

This is how she sees Ezra Friedlander the lobbyist – doing reconnaissance”, he added.

Friedlander notes that the individuals who reached out to the media were staffers of other members of congress who were appalled at the remarks made. He and the other Orthodox Jew who the comments were directed at suddenly started receiving calls from the media.

Friedlander emphasizes that “I’ve been a presence in Washington for years and although members of Congress on occasion address me as ” rabbi” it’s always expressed endearingly and in fact I always feel “welcome” by everyone across the ” geographical and ideological spectrum”.

Although Congress is not open for visitors due to ongoing Covid restrictions, Friedlander was in Washington yesterday and escorted by Rep. Tom Suozzi who spoke on the House Floor to mark the 41st anniversary of the day the former hostages in Iran were released on January 20 back in 1981.

Bi-partisan legislation was introduced by Representatives Tom Suozzi and Don Bacon to award the Congressional Gold Medal to the former hostages in Iran an effort that is being spearheaded by Ezra Friedlander in his professional capacity as a professional lobbyist.

“I was appalled that my dress code and general appearance was deemed necessary by a sitting member of Congress to be the subject of a joke” continuing “I don’t see the humor” and reiterating that he considers that ” Congress as body” is not reflective of that one individual member and looks forward to being present in Washington representing his client in a professional manner.

THE FOLLOWING VIDEOS OF FRIEDLANDER WERE TAKEN YESTERDAY IN THE CAPITOL ON THURSDAY, WHERE THE READER CAN SEE HOW HE WAS DRESSED: 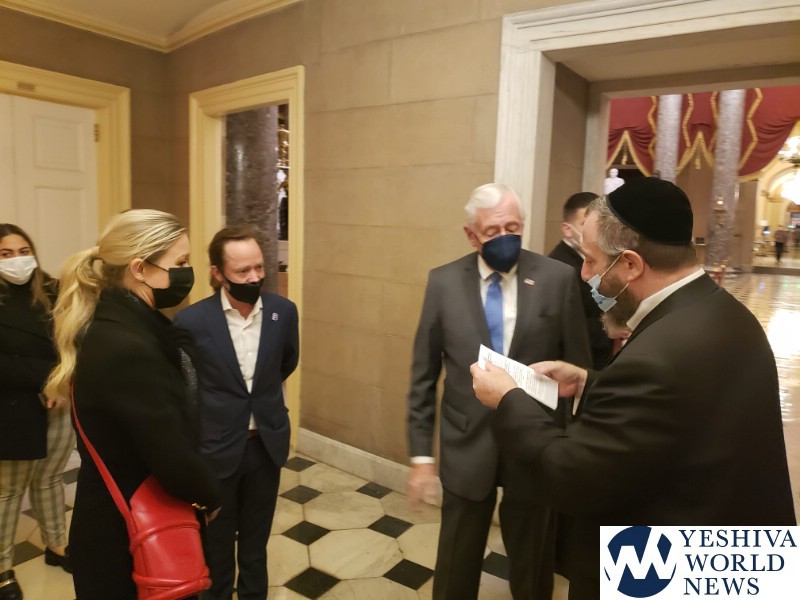 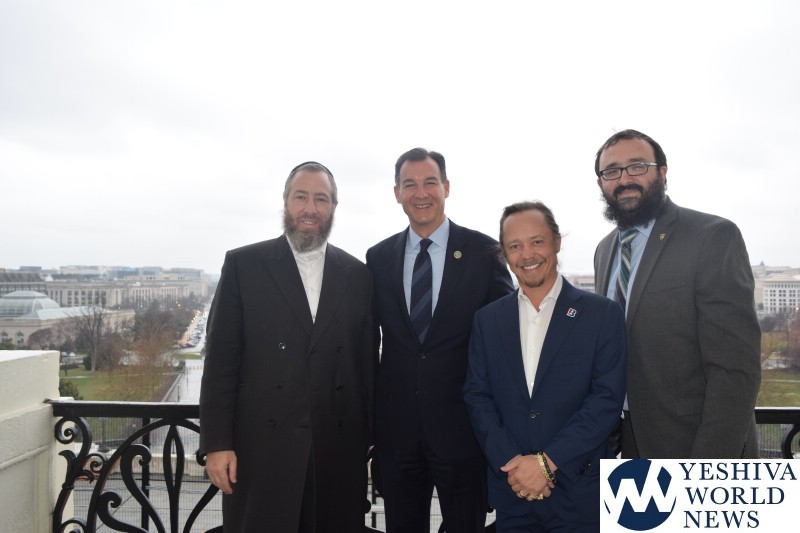 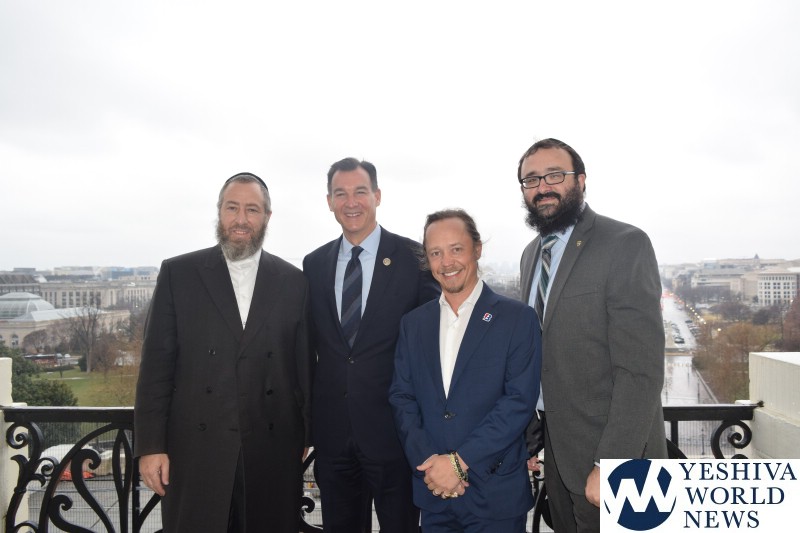 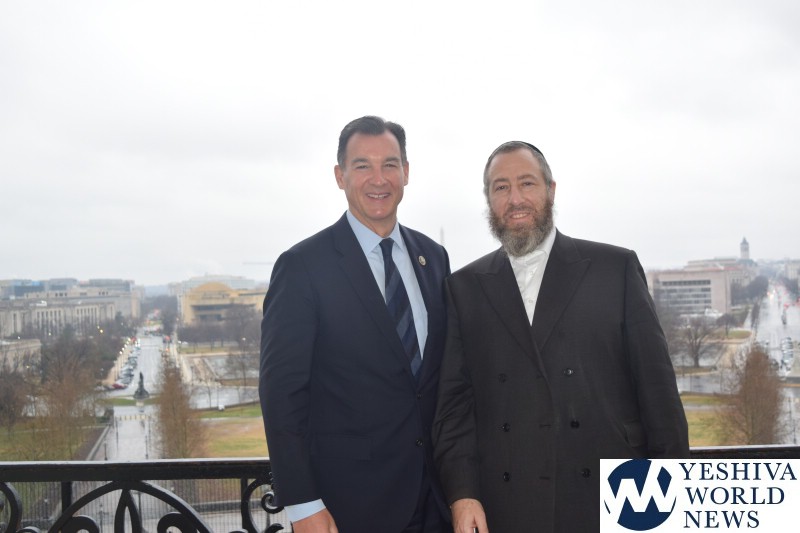 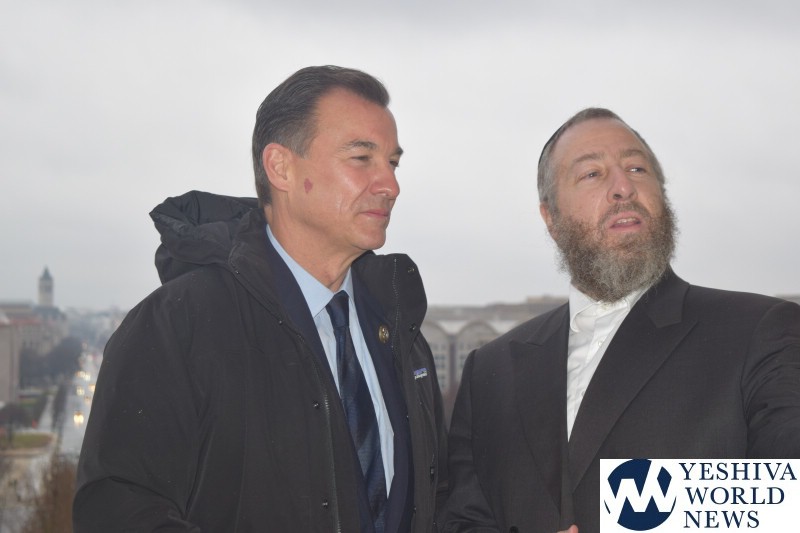 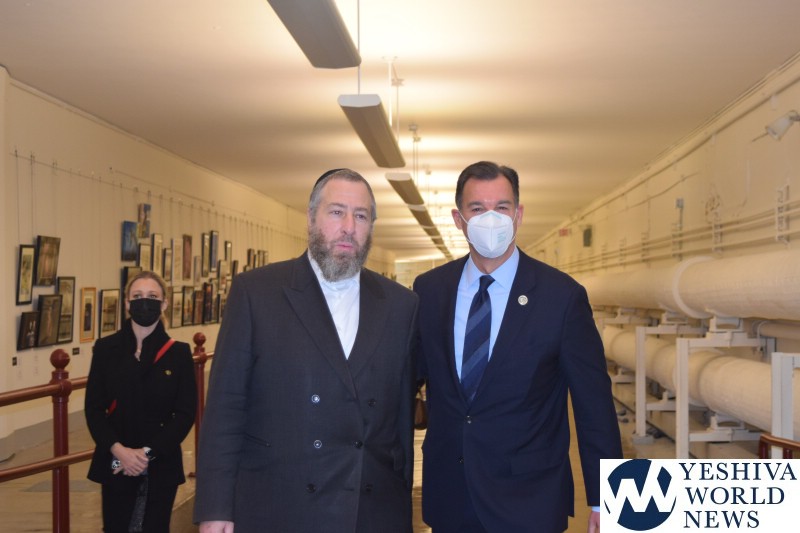