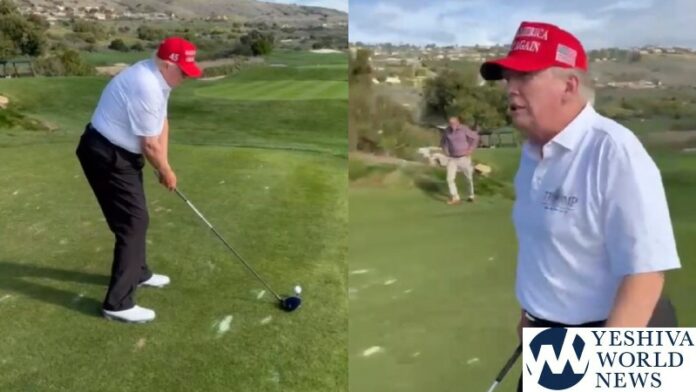 Donald Trump appears to be fully confident that he will be reelected as President in 2024, jokingly declaring himself the 47th US president while playing a round of golf.

As Trump walked up to the first tee, one of his playing partners played the role of sports announcer.

“First on tee, the 45th president of the United States,” Trump’s partner said.

“The 45th and 47th,” Trump fired back without missing a beat, followed by cheers from his playing partners.

Trump hasn’t publicly announced that he is running for president in 2024, but all signs point in that direction. The former president has been far more involved in politics since leaving office than his predecessors, including often releasing statements on political issues.