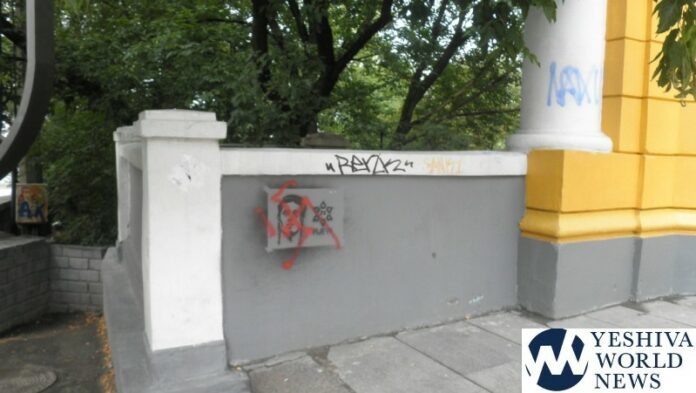 A Jewish oligarch with ties to Russia reportedly paid people to paint swastikas around Ukraine in the months preceding Russia’s invasion. The effort was part of a disinformation campaign to validate Russia’s claim that it’s trying to “denazify” the country.

U.S. Intel officials confirmed the report, first made by Rolling Stone Magazine, with officials saying the allegations were well known to intelligence agencies.

According to Rolling Stone, the Jewish businessman, identified as Pavel Fuchs, had specifically paid people to draw swastikas in the Ukrainian city of Kharkiv.

The report says that Fuchs justified his actions by saying he had “no choice” but to follow the orders given to him by Russian agents that he hire thugs to spray swastikas in cities.

In his defense, Fuchs shows no indication of being a self-hating Jew. He has a long history of donating large sums to Jewish causes, including the Babi Yar Holocaust Memorial in Ukraine, which was damaged by Russian bombs in the early days of the war.