Who Are the Top 10 Women to Change the World?

Are you aware of Women’s History Month? Never heard of anything like that? You should. The entire month of March is dedicated to all our strong women who changed the course of history and revolutionized the whole world. Don’t mistake me, I don’t mean we should only admire and respect them for only one month. We must support these strong women for the 365 days of the year. But the month of March gives us an occasion for celebrating iconic women who have reshaped the world and left their mark in history.

Every one of us has our own way of supporting and admiring the achievements of these phenomenal women. Looking back in history for their past glory is one way to do so. Names like Griffith Joyner, Marie Curie, Florence Nightingale, and several more resonate across the generations and live as inspiration for the present and the future.

Strong women have appeared across every field. Be it science, sports, politics, entertainment, or any other discipline, strong women have come and etched their names in eternity. Their impact can still be felt today so let’s take a look at some of these wonderful women.

She performed in more than 50 domestic and foreign films and was also the first Asian American to play a role in a TV show. Before her death in 1961, Wong rightfully earned a star in the Hollywood Walk of Fame.

The people of the United Kingdom can never forget the elegant yet resolute leader and their first female prime minister, Margaret Thatcher. She guided Britain through its toughest years, and her work with American president Ronald Reagan to bring an end to the Soviet Union is well remembered by many and is still celebrated decades later. She showed the world that women could lead their country and broke the shackles of year-long male dominance in society.

The only person to have won the Nobel Prize twice in history, Marie Curie is a name revered by scientists across the globe. Her contribution to physics and chemistry is profound, and she is well known for the advancement in cancer research and is acclaimed for discovering the elements radium and polonium.

Soon after being named as a mission specialist on the Columbia Space Shuttle of NASA, Kalpana Chawla became the first woman of Indian origin to fly into space in 1996. While her first trip lasted for more than two weeks, her second trip was a catastrophe when after completing over 80 experiments with six other astronauts for over 16 days, her space shuttle crash-landed back into the Earth, defeating all the crew members, including her. Her fearlessness and commitment earned her a spacecraft named Chawla as a mark of respect.

Even though her life stopped at the early age of 38, Florence “Flo-Jo” Griffith Joyner is remembered as the fastest woman sprinter of all time. She made world records in both 100-meters and 200-meters in the 1988 Seoul Olympics that still remain unbroken.

Wangari Maathai was a Kenyan scientist and an environmental and political activist. She is regarded as the founder of the Green Belt Movement, which is aimed towards empowering women through civic education and environmental stewardship. She rightfully earned the Nobel Peace Prize in 2004 for her work on sustainable development, democracy, and peace, becoming the first African woman to receive the honor.

A political activist from a young age, Benazir Bhutto founded a secret organization in 1984 in her homeland Pakistan to resist the military dictatorship prevailing in her country. She became the prime minister four years later at only 35 years old, becoming one of the youngest woman leaders of a nation as well as the first woman to serve as the prime minister in an Islamic state.

Annelies “Anne” Marie Frank was a writer and one of the most notable faces amongst the Jewish victims of the Holocaust. Along with her family, she fled Germany and settled in the Netherlands because of the soaring anti-Semitism during that period on her home soil. She is remembered for her wartime diary, The Diary of a Young Girl, which was posthumously published in 1945 and gives a detailed account of her childhood and is hailed as a literature masterpiece. 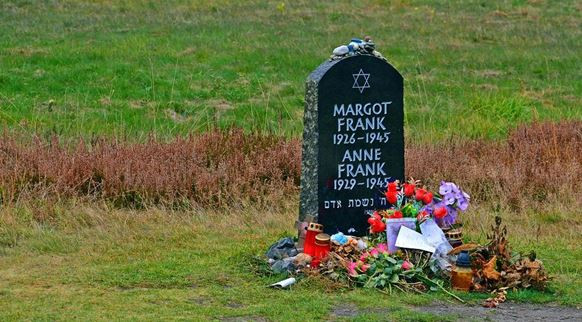 When the Crimean War broke out, Mary of Jamaican-Scottish origin was one of the two remarkable nurses who tended to the wounded alongside Florence Nightingale. She was posthumously awarded the Jamaican Order of Merit in 1991.

The striking works of Mexican artist Frida Kahlo span across gender, class, race, and identity in Mexican society. Well known for her eccentric personality, Kahlo was the first Mexican artist to be displayed in the Louvre in Paris.

Several women have lined the walls of history with remarkable and outstanding achievements and will forever be admired by all as they continue to serve as an inspiration for everyone.