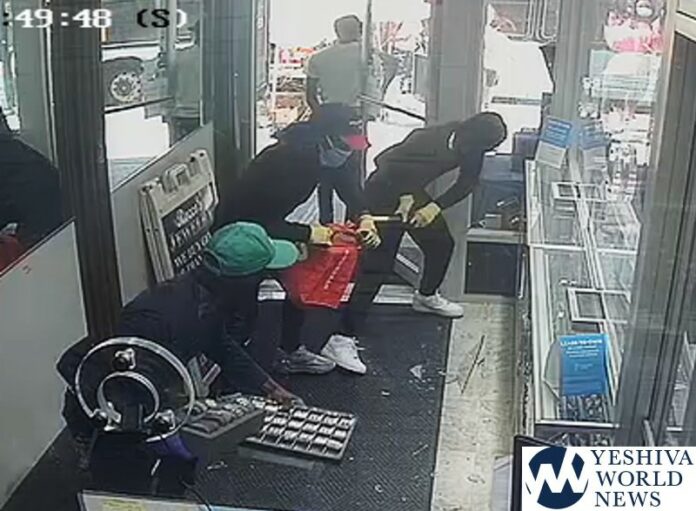 In just thirty seconds, a group of thieves managed to get away with over $2.15 million in high-end diamond jewelry in a smash-and-grab robbery at a Bronx store.

Surveillance video shows a suspect in a white t-shirt, black cap, and wearing sunglasses, acting like a customer and being buzzed into Rocco’s Jewelry on Webster Avenue in Fordham on Friday afternoon.

But instead of entering the store, the suspect held the door open so three masked colleagues in crime could rush in. One of the suspects who was wielding a hammer then smashed through the glass cases while the others grabbed the expensive items.

The stolen jewelry were placed into bags, with the thieves then fleeing the location on foot.

Police are still searching for the suspects.