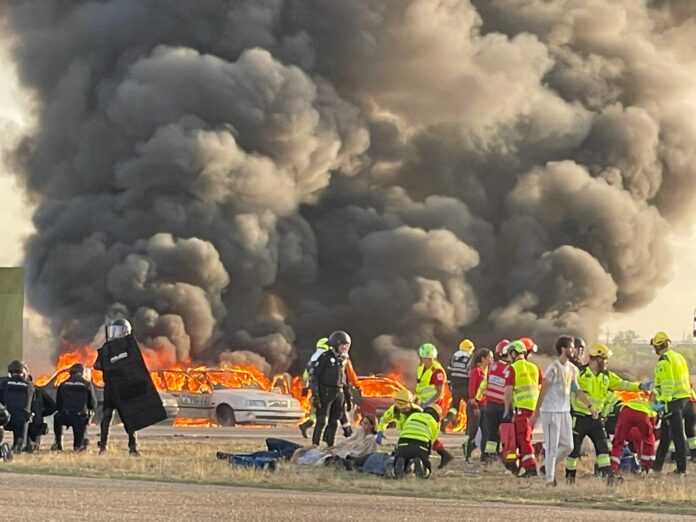 Magen David Adom joined an international multi-casualty drill that took place yesterday. Three different scenes representing three different sized incidents were practiced. As part of the drill concluding the annual disaster workshop arranged by the Madrid Municipality, 1,200 emergency personnel, including staff from MDA alongside EMS crews from other countries such as Great Britain, The Netherlands, Mauritania and Norway took part in the exercise. Other participants included the city emergency and security services, several hospitals, military forces, the Spanish National Police and the Civil Guard.

During the drill that lasted 70 minutes, the emergency crews were called to deal with scenarios including shootings, explosions and hostage situations in three different scenes: a hotel, a bus and a supermarket. Some 100 patients were evacuated to hospitals under police escort, with routes being cleared by the respective agencies, where hospital staff took over the treatment. 600 medical staff took part in the exercise, along with 60 ambulances, fire trucks, police cars, 3 helicopters, a plane, rescue dogs and attack dogs.

The exercise was preceded by a session arranged by MDA and SAMUR Proteccion Civil Madrid, within the European Union’s “No Fear” project. Chaim Rafalowski, Disaster Management Coordinator in MDA spoke during the session about the complexities of treating patients at scenes of disasters and terror attacks: “Part of the aims of this exercise is to understand that in today’s reality, emergency medical teams who arrive at these complex scenes are faced with a real life-threatening situation. We must prepare the teams to comprehend what they are facing, how to make educated decisions to ensure their safety and how to save lives while under threat – in the best way possible.”

At the end of the exercise, SAMUR Proteccion Civil (who organized the conference and the simulation exercise) education and research manager Dr. Ervigio Corral Torres commented that “Magen David Adom’s team’s professionalism is an example to teams from other countries, both in dealing with complex scenes and also with patient treatment.”

Paramedics Haim Levin and Odai Bsoul from the MDA exercise delegation: “The exercise was of a very high standard and very professional. Each team received a local ambulance and was sent on a drill of a shooting by terrorists. We were dispatched and joined local Madrid commanders and treated the injured along with another crew. We shared knowledge with the local and the international crews. During the exercise we treated patients alongside a Dutch crew with a Spanish commander – the cooperation was incredible, despite the language barrier and differences, and we worked well together. It’s an excellent feeling to represent the organization and to be there with MDA symbols. There was a great deal of interest from the international rescue teams, and many of them had heard of MDA.”

Magen David Adom Director General Eli Bin: “Magen David Adom is always ready to help and lend a helping hand anywhere in the world. Multi-casualty disaster management has unfortunately become MDA’s expertise over the years, and we share our knowledge and experience globally, anywhere where we can help save lives. I am grateful for any activity that allows others to learn from MDA’s knowledge, and are happy for the improved patient experience, both in Israel and across the world.” 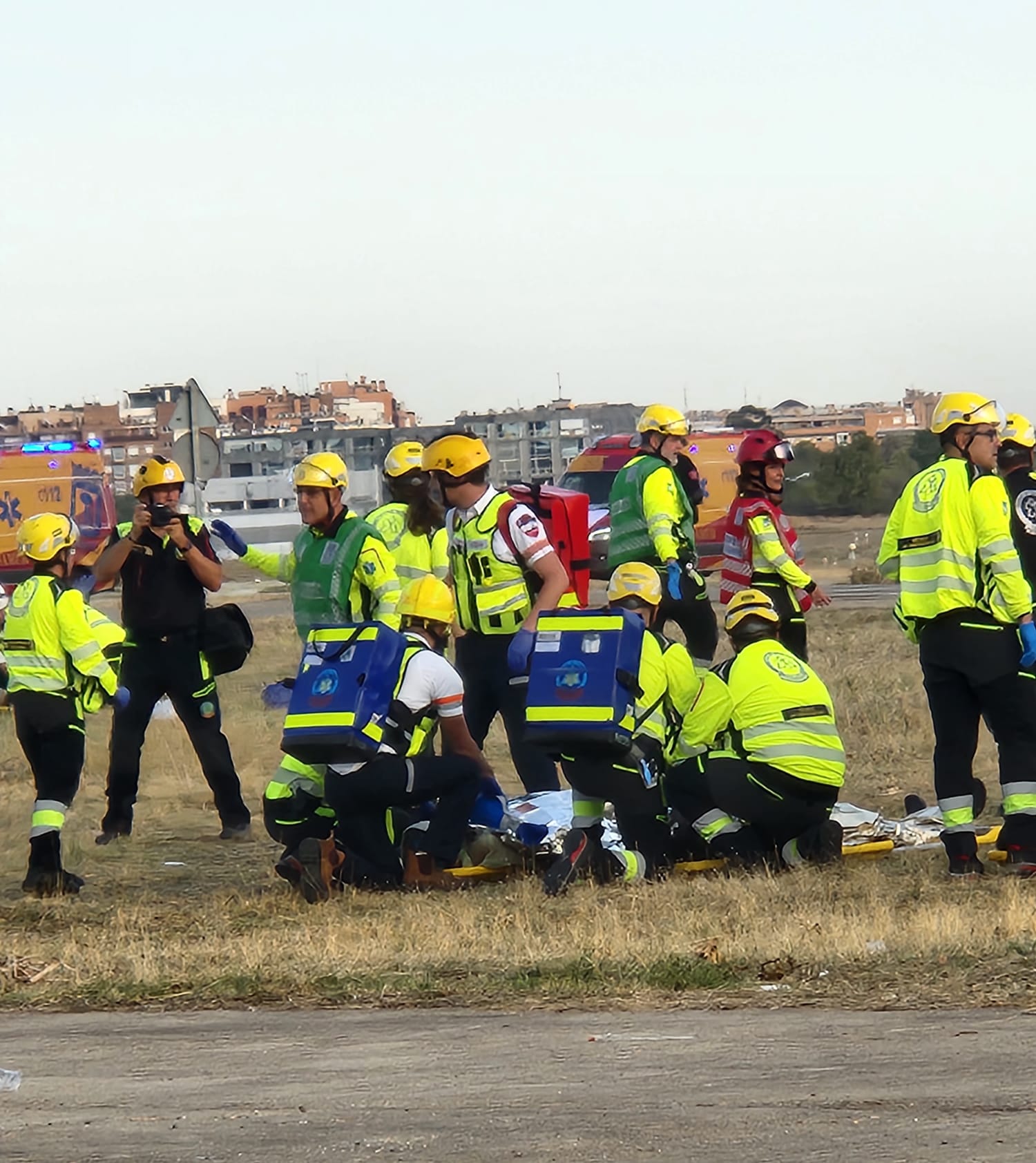 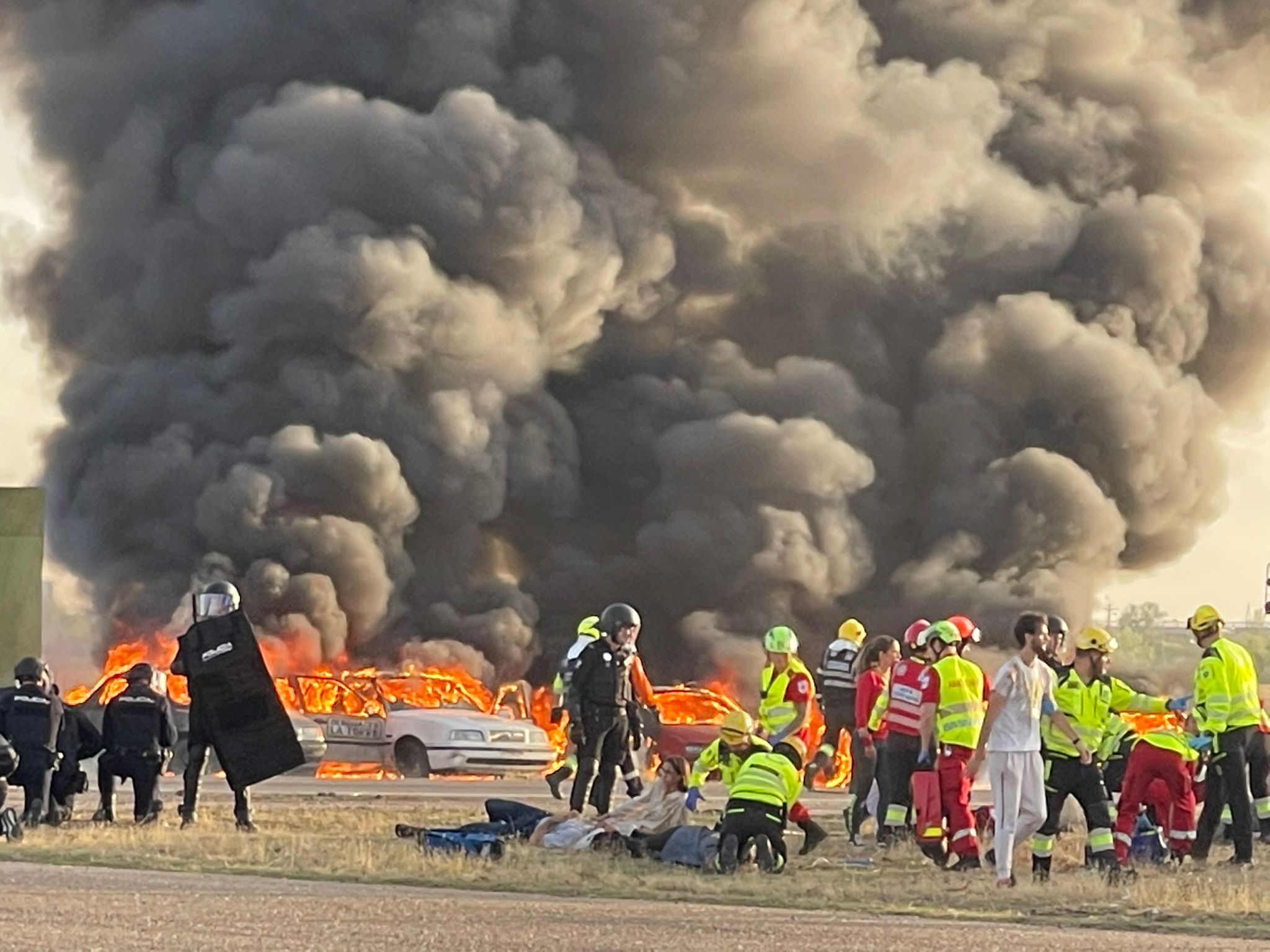 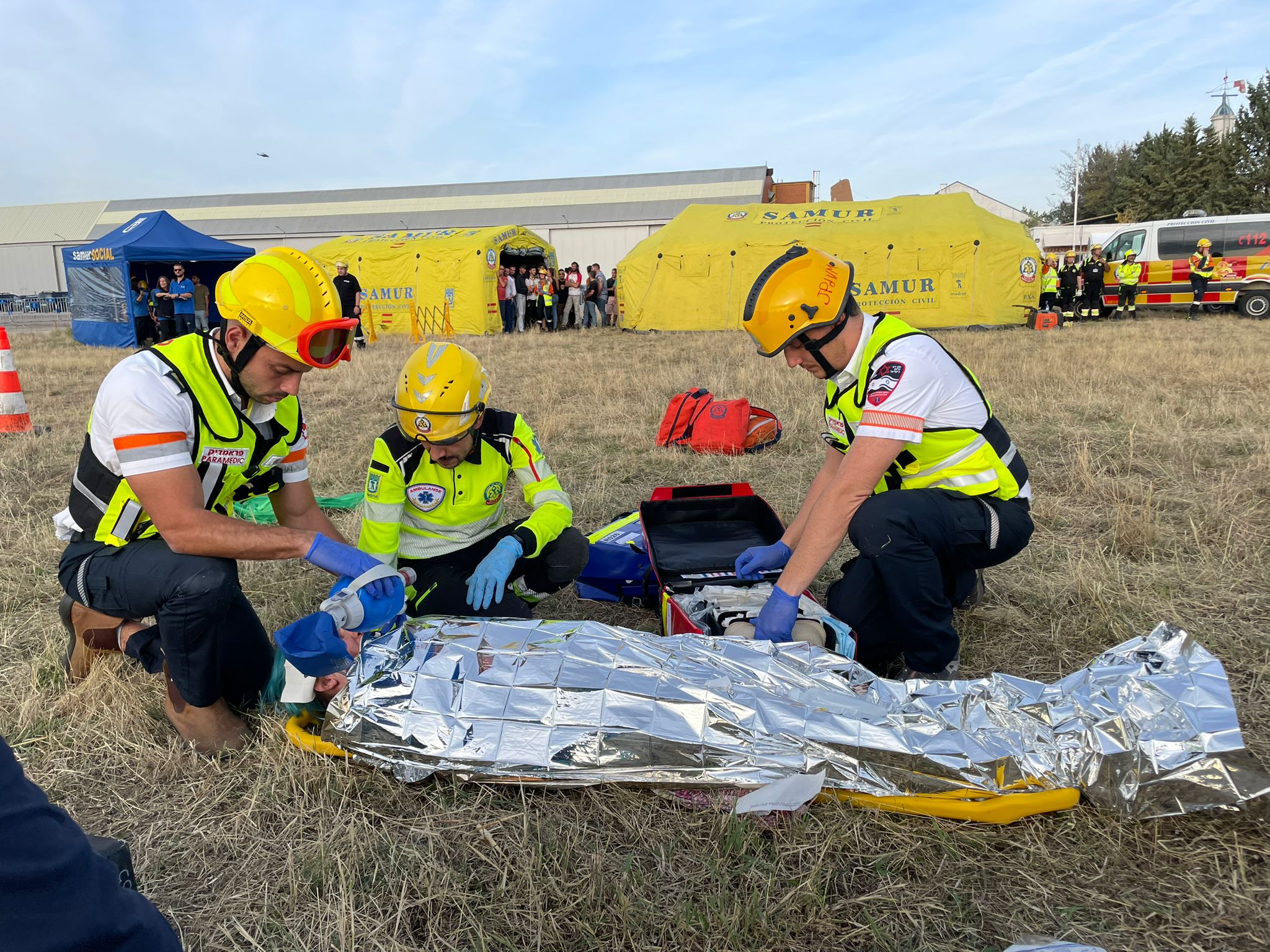 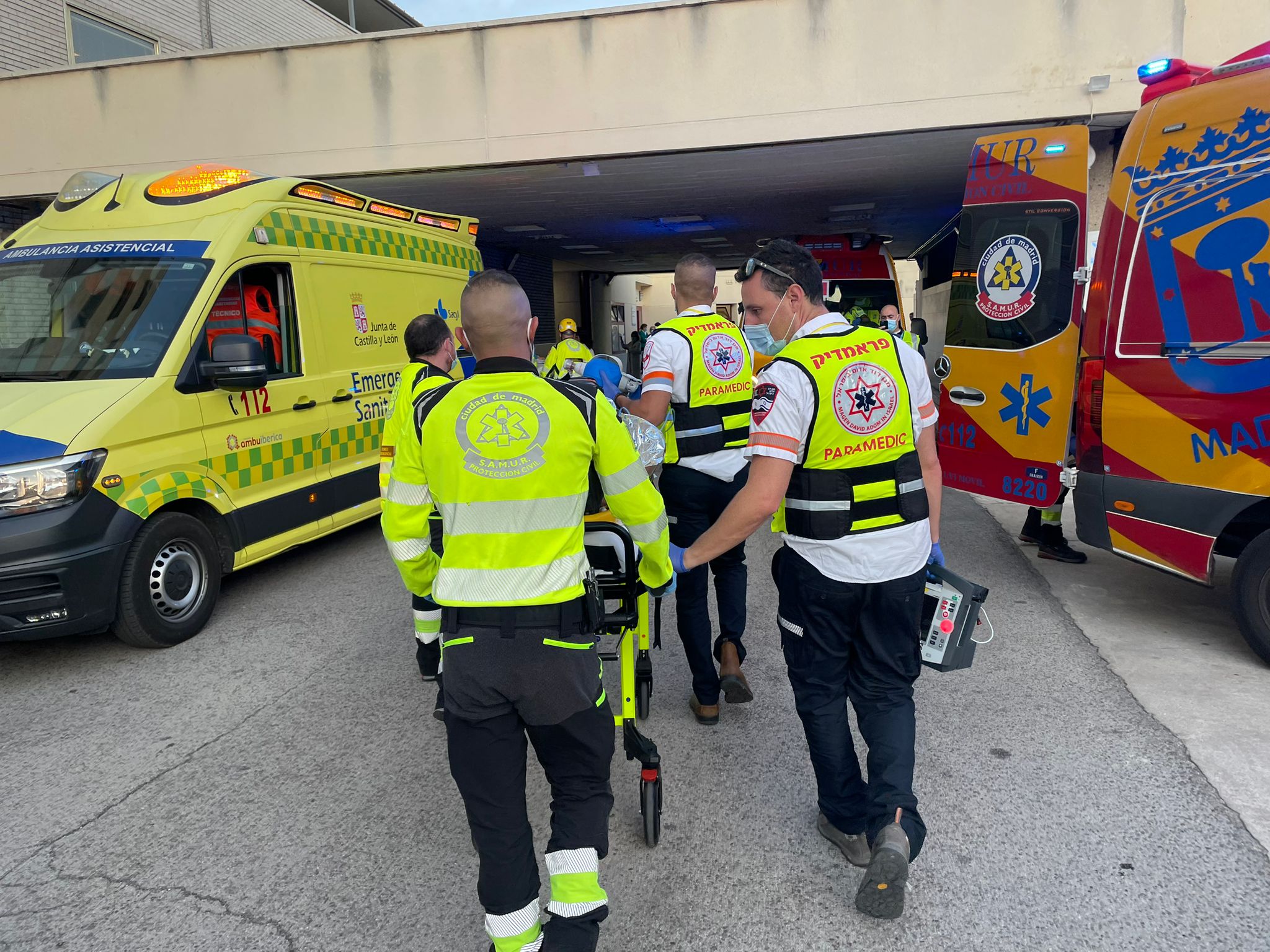 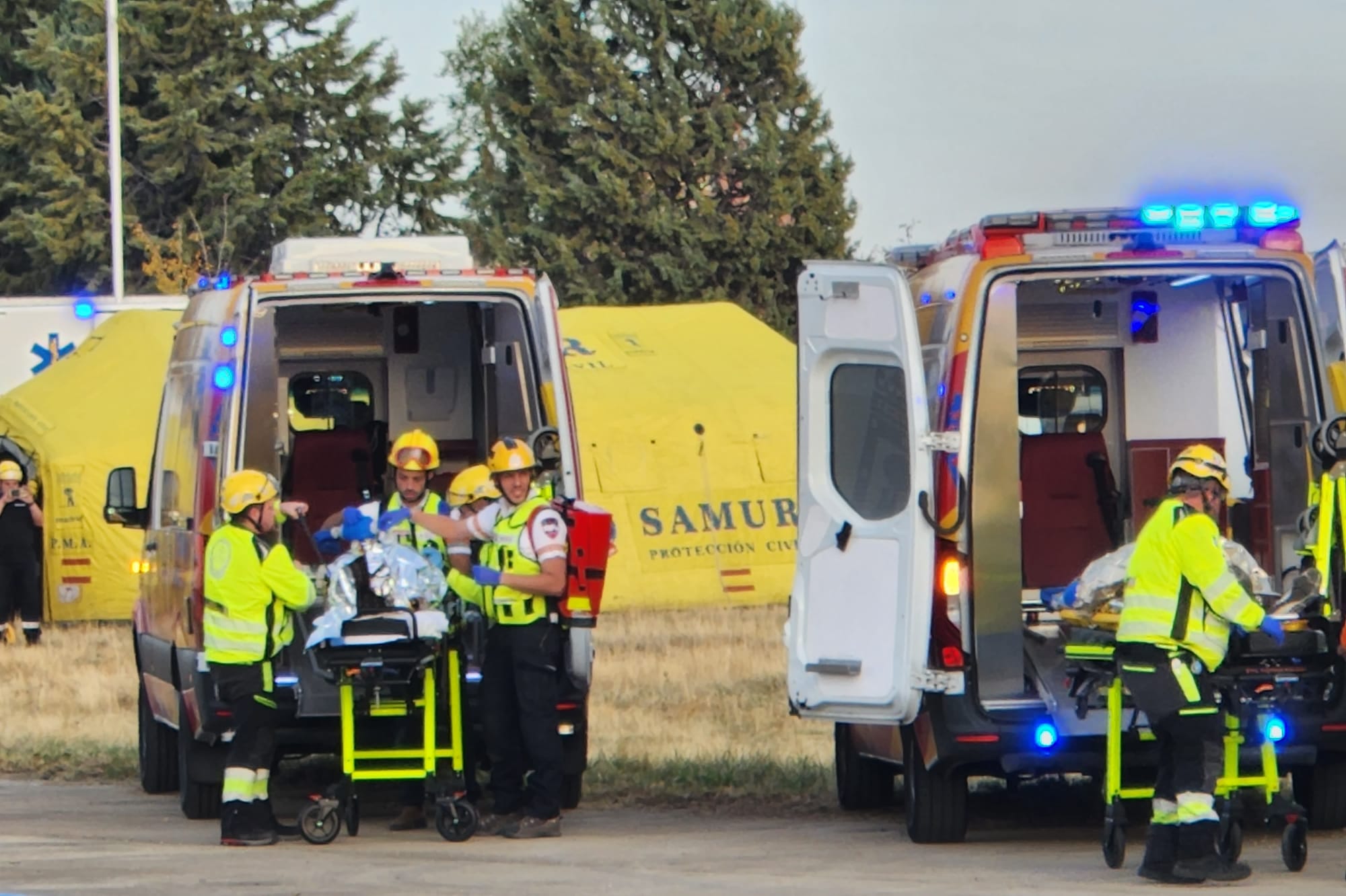